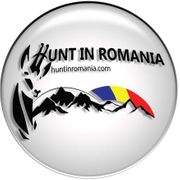 Big Game hunt
by
HuntinRomania
Chamois Hunting in Carpathian Mountains at Viștea, Judeţul Braşov (09) is a Big Game hunt on private land that starts on September 1st until December 15th.
Costs from $1238 to $9000.
We are hunting Chamois and Carpathian Chamois.

Chamois (rupicapra rupicapra): the name of the chamois generically refers to both genders. The male is called the he-chamois; the female chamois and a chick up to 10 months is called hen. In the Romanian Carpathian Mountains, the biggest chamois in the whole word can be found; the chamois in Romania can only be found in the Carpathian Mountains area. The world record of 141.1 CIC points was awarded to Romania in 1937, as well as 7 of the top 10 trophies of the world. Since 1990, more trophies with more than 120 CIC points have been awarded, but the most common and most popular were more than 110 CIC points for he-chamois and over 105 CIC points for chamois. The male length of the trunk with the head is 110-130 cm, the height at the withers 70-80 cm and the weight between 40 and 60 kg alive. Breeding season is between September 10 – October 10 ranging with altitude and weather. Hunting is carried out by stalking, this type of hunting offering the opportunity to enjoy the wild nature of

Package off the hunting Chamois is 1100 euro + Trophy Price List

In this prices of 1100 euro + trophy fees you have All inclusive:

Price DOES NOT include: Drinks Trophy shipment Recording in full HD video and pictures of the hunt Gratuities Everything else what not mentioned under "the price includes"

Terms of Payment: Deposit: 50% based on trip price Final payment: 7 days before arrival

Cancellation: When the client cancels the hunt, no deposits will be refunded. In the unlikely event AVPS Tomis cancels the hunt due to extraordinary reasons, the complete deposit will be refunded to the client. Balance of package price to be paid before departure from Romania. Trophy fees for animals taken on top of the booked package to be paid in cash or the end of the Hunting before departure.