When flying into New Orleans, you’ll see it. You can’t miss it…. Grass as far as you can see extending from the Crescent City. That grass holds unbelievable fishing and hunting just a half hour out of town. Animals gather in mass where the Mississippi River collides with the Gulf of Mexico.

We wanted to get there and see what some of our outfitters had been talking about and learn some of the logistics. The winter months usually bring monster redfish into the shallow mud flats and you can sight cast to huge fish. Plus, it’s duck season! You can be done bagging a limit and can be poling around the flats by lunch. It’s a great time of year to be a sportsman in Louisiana. So, we left the city and its trappings for a cast-and-blast on the Marsh.

First things first. We got with Whistling Wings Outfitters for the waterfowling. Taylor Nunez knows what to expect this time of year. He said their season had started tough, but the weather was looking like it was going to turn. The usual patterns for December can bring strong weather fronts and push migrating birds down from the North. “It’s great. We’ll see multiple species and most will decoy well.” Nunez is from a lengthy line of Louisianans who have been hunting the area for generations. “We operate on one large family property my grandfather got from a trapper back in the day. I also have a couple other leases we hunt.”

Taylor picked us up and took us to the boat already in the water at a private launch. We did get to watch a circus of 20 boats jockeying for position at the public ramp, which we were fortunate to avoid. The craft was a very nice custom boat with a great camo blind and a Pirogue (a uniquely regional small canoe) on the front.

We motored about 10 minutes in the dark through narrow canals and marsh grass. Quickly we arrived at the back of one of the zillions of grass islands and small potholes…it is absolutely certain we will never find that spot again. Clearly, Nunez has done plenty of running in those waters and has great knowledge of the topography.

He staked out the boat, loaded up the Pirogue, and made quick work of putting out a large decoy spread. We were high and dry when he got back, put up the camo walls and handed us each a shotgun right as optimal shooting light arrived. It was quick work to get a mixed bag limit while watching the sun come up over the miles of water and grass. This was a great hunt, but you need to know a few things…

Nunez is accustomed to lots of New Orleans revelers and can take care of most needs. “I really like guys to have their own camo, shells, guns and licenses (outfitters do not include a license in their fee).” However, he will take care of you if necessary. “I get a bunch of guys off Bourbon Street thinking it would be a great idea to come and waterfowl the Marsh. Please, just be sober.”

You also have to understand how far from The Big Easy you will be while hunting. The Marsh is a good 45 minutes outside the city. If you are planning on being part of the nightlife, know that you’ll be waking up early. It’s a 5 AM show-time with Whistling Wings and about a $50 cab ride.

A much better option is to get out to Reggio in a rental car and stay near the hunt. Nunez has a very nice “camp” with a private boat launch which they rent to clients. The stilted house has more than enough room for a hunting party and is very nice. Just plan on bringing your food and beverages out to the camp. Groups can stop in the small town of Chalmette on their way out to do some grocery shopping. If you’re a history buff, take the time to visit the Chalmette Battlefield, the site of the 1815 Battle of New Orleans.) There aren't many services once outside the city’s protective dikes, so go prepared.

Just down the road in Hopedale there is another great place to rest and refuel. The Dogwood Lodge, opened in 2015, provides comfortable and unique accommodations. They cater to a wide base of clientele including fisherman and hunters. The lodge provides three meals a day which will keep you fed for long days on the water, plus a large common room with a bar (drinks provided within reason). It’s pretty nice to get off the water, have a cocktail and watch a football game. The 114-foot converted historical river boat is a great option and is literally at the end of the road. Additionally, the Dogwood is poised for mothership trips in the near future.

It was from the deck of the Dogwood Lodge that Captain Greg Moon picked us up on his flats boat. Direct on-water transfers to fishing are never a bad thing. “Fishing’s been really good this fall and then we had that last front roll through. It kind of shut things down.” A big part of fly fishing is coping with weather and dealing with varying conditions, but Moon wasn’t afraid. We ran about a half hour before we were poling the flats. The wind was blowing and his Stingray was difficult to keep on track. Additionally, the previous system had churned up the shallow waters making water clarity fairly poor. Despite the stacked deck, he got us into fish.

The target species of choice for Moon’s clients on the marsh is redfish – and not “slots”. Moon is an expert at what he calls “Donks.” He says, “This time of year these big fish will be coming up to hammer the flats. It’s the 30-40 pound super predators we’re looking for.” Moon has had a long career in the fishing industry, and has hooked up with some great fish all over the world. Additionally, he’s been part of the evolution of reel technology. The fully-enclosed clutch on his Hatch reel and Scott rod are of particular note. “I’ve had that thing on the water 300 days a year for 12 years with little preventative maintenance. The salt [water] hasn't been able to beat it.”

You’re going to need great gear when your fly gets gobbled. These fish are heavy. Even with slow fishing you’re going to see dozens of gigantic fish. If you’re lucky, they’ll be on the bite and you can make your shots count.

Indeed, New Orleans might be one of the great cultural American cities, but as a sportsman, your bucket list needs to include a Marsh experience. Get out of the city and find out why. Ours was a unique experience and there are many more locations within a couple hours of the city, but we can’t say enough about our outfitters and lodging. We can’t wait to go back. 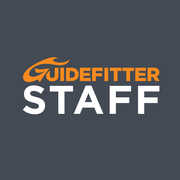