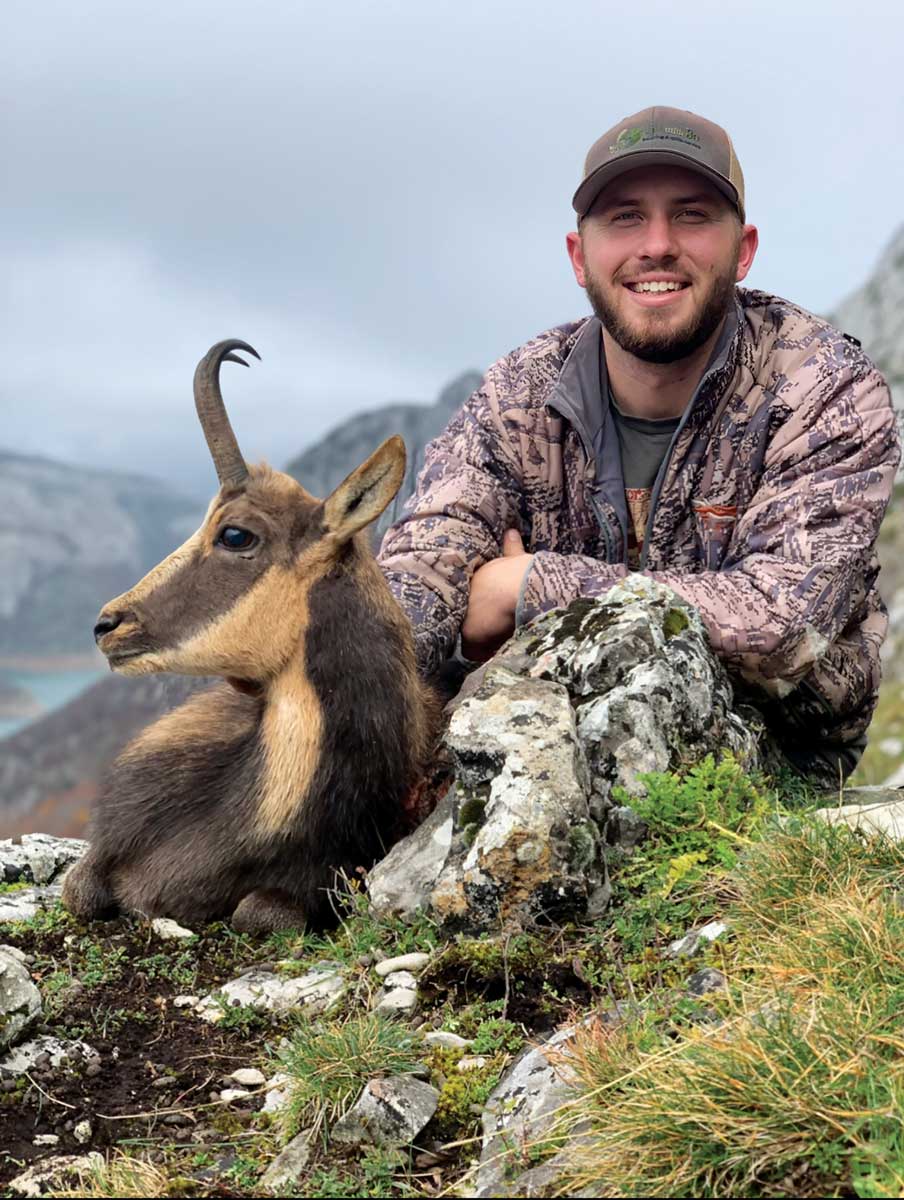 Being a hunting guide has this sexy and adventurous appeal that draws people to the profession as a career. Perhaps it’s the sunrises on the mountain or the sense of accomplishment that comes when clients fill their tags. But for Nick Morgan, guiding is a little bit different.

“The world has plenty of good hunting guides,” said Morgan, reached by phone while he was on a desert sheep hunt in California. “The world needs more good men. My goal is to be known as a leader for doing what’s right, not just being a good guide.”

Growing up in Arizona, his family ate desert sheep most of the year. His father, Bo, is one of the world’s most accomplished sheep guides. The rigors of guiding are something Nick knew very well at a young age. But don’t let his pedigree fool you. Nick has blazed his own trail and built his own name guiding in some of the harshest places on the planet. The romance of guiding hunts was lost on this young man, but it’s the hard, nasty, nearly impossible moments that drive him in the mountains to outsmart his targets on their turf.

The first time I met Nick, he was 21 and had guided in a half dozen different countries and a dozen U.S. states. Now his personal trophy room and pictures of client success would rival most guides twice his age. However, if you were to meet him, you’d never guess of his accomplishments. He is a quiet and humble guy who’s often in the corner keeping his thoughts to himself. If you meet him along the highway, you’d never suspect his rusted old Chevy Suburban is toting the very best optics in the industry and would carry way more value than the vehicle they are riding in. He lives his life simply, avoids attention, even though he can be found on several TV shows and his face is in many magazines. If you bring those up, he will just smirk and change the subject. He is tough. He’s gritty. 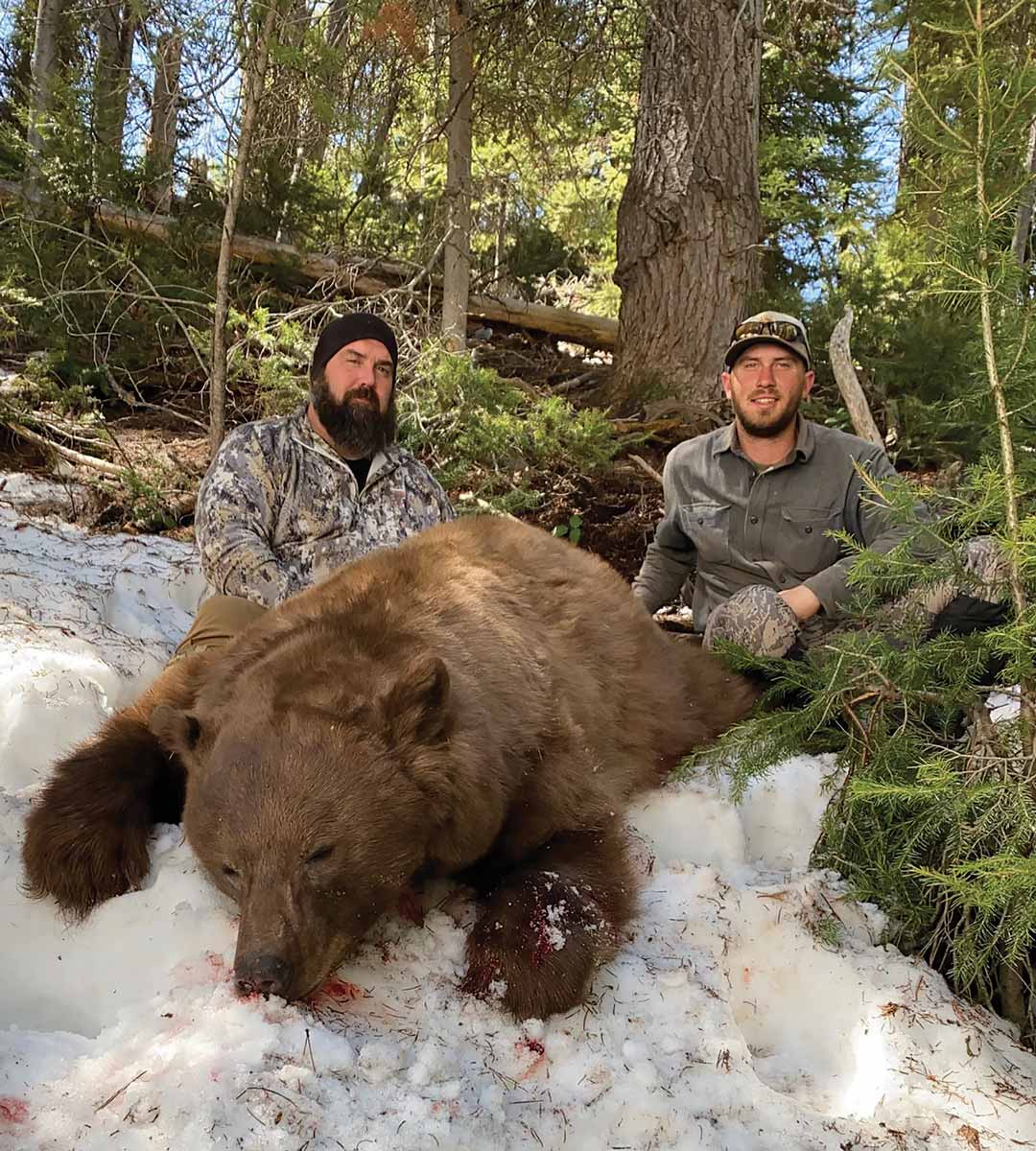 One time I was in the Wyoming backcountry with Nick. It was about 2 a.m., and we had been away from camp for 24 hours. Our packs were loaded to the max with our gear, the clients’ gear, and a muley buck. We still had a few miles to go when I slipped and fell down the mountain several yards. I lay in the waist-deep snow mumbling some bad words. Nick came and sat down beside me. We were cold, tired, miserable, and concerned about safely getting everyone back to camp. Nick was smiling. I looked at him and said, “This is miserable, brother.”

Since that hunt, Nick has continued to fill his passport with stamps from all over the world, bouncing from the mountains of Tajikistan to the deserts of Mexico and every tall place in between. When asked why he seeks out the harshest places on the planet, he said it’s what he’s supposed to do.

To commit your life to travel around the world guiding clients you have to be willing to make some hard sacrifices. Nick will be the first to tell you that this life is anything but easy. “Sure, the physical aspect is hard,” he said. “But trying to juggle relationships, family, and finding the time to date, plus missing holidays, that’s the hardest part,” he said. “There is a loneliness in this lifestyle.”

That doesn’t seem to stop him though, as a matter of fact just a couple of years back Nick attempted the toughest hunt he has been on to this day. He and a fellow hunter headed deep into the mountains of Azerbaijan in pursuit of Dagestan Tur. The hunters and local guides made camp at 6,000 feet and hiked every day up to 11,000 feet. Although the climb alone is impressive, doing it for seven days straight would make even the toughest of hunters shy away. Add bitter-cold temperatures, a limited supply of food, and little water, most would call it quits. When the water supply did run out, the only two options were drinking the water on the mountain (never advisable in a foreign country) or throwing in the towel and heading home. Calling it quits is never an option, said Nick.

On the phone with him recently, I asked, “What’s next for Nick Morgan?”

“I want to wake up every single day and do the right thing, even when it’s not easy,” he said. “I want to find a wife, someone who understands and can share this crazy path I’ve chosen. And I hope to be an example to younger guides that life is bigger than just hunting, all of life is an adventure.”

About the author: Sam Leatherman has been a hunting and fishing guide in four states, has managed camps and lodges around the U.S., including on the King Ranch, and is QDMA’s Midwest regional director.