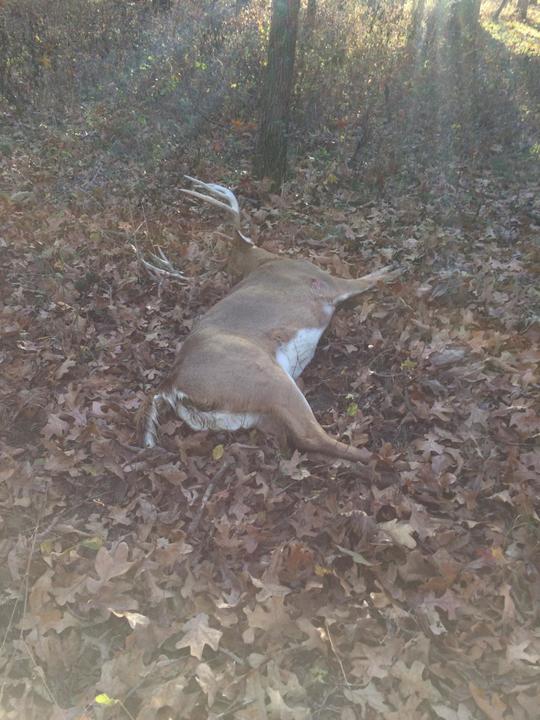 I have yet to delete this conversation from my phone. I still look back at it and it puts a giant smile on my face every time I read it. My wife is relatively new to bowhunting. She grew up in the outdoors hunting turkeys and waterfowl with her dad, but decided to take on the challenge of bowhunting whitetails after we had dated several months. From the moment I bought her first bow until she had harvested her first buck two years later I have cherished every moment sitting in the stand with her.
In January of 2016 I accepted a managerial position at a prominant Kansas Outfitter. It was a milestone in my life as I had worked and studied hard for several years to be in a position such as this.

But everything isn't rainbows and butterflies. Like with most decisions there were some downfalls that came with accepting the position. Although I would get to spend more time in the outdoors facing off with whitetail ghosts that I loved, I wouldn't get to spend as much of that time sitting in the tree stand with my wife. Up until November 19th, 2016 I had sat every tree stand with her, experiencing the first time bowhunting jitters, watching her shoot over a great buck at 19 yards because she panicked and used her second pin instead of her top pin, watching her barely miss a buck only a few days later and her saying "I'm done!" only to have the same buck return an hour later and a well placed arrow changed the bowhunter blues to the "best feeling ever!"

So it was mixed emotions when I told my five month pregnant and sleepy wife that she should really try to be in the stand that morning as I got dressed and headed out to meet my client at the lodge. We had just come off of two days of warm temperatures and super windy conditions. The hunters in camp sat the miserable conditions with little to no movement. The weather for November 19th called for a 5 - 8 mph winds with a high of 43 degrees. A cold front was moving in and the wind wasn't going to be blowing a hundred miles per hour and the rut was picking back up! It felt like the perfect storm of seeing deer on their feet!

As you can tell from the text conversation that we had. My wife wasn't overly enthused about going out that morning. It was freezing cold, she likes her sleep, I wouldn't be there with her, and she also doesn't like walking alone into the tree stand when its dark. Therefore when I texted my wife at 6:14a.m. to see if she was in the stand as shooting light was approaching at 6:35a.m., I wasn't surprised that she hadn't made it there yet. She waited until daylight before tracking across the open field to the creek bottom and climbing up into her ladder stand. 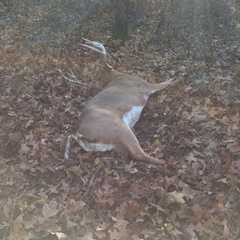