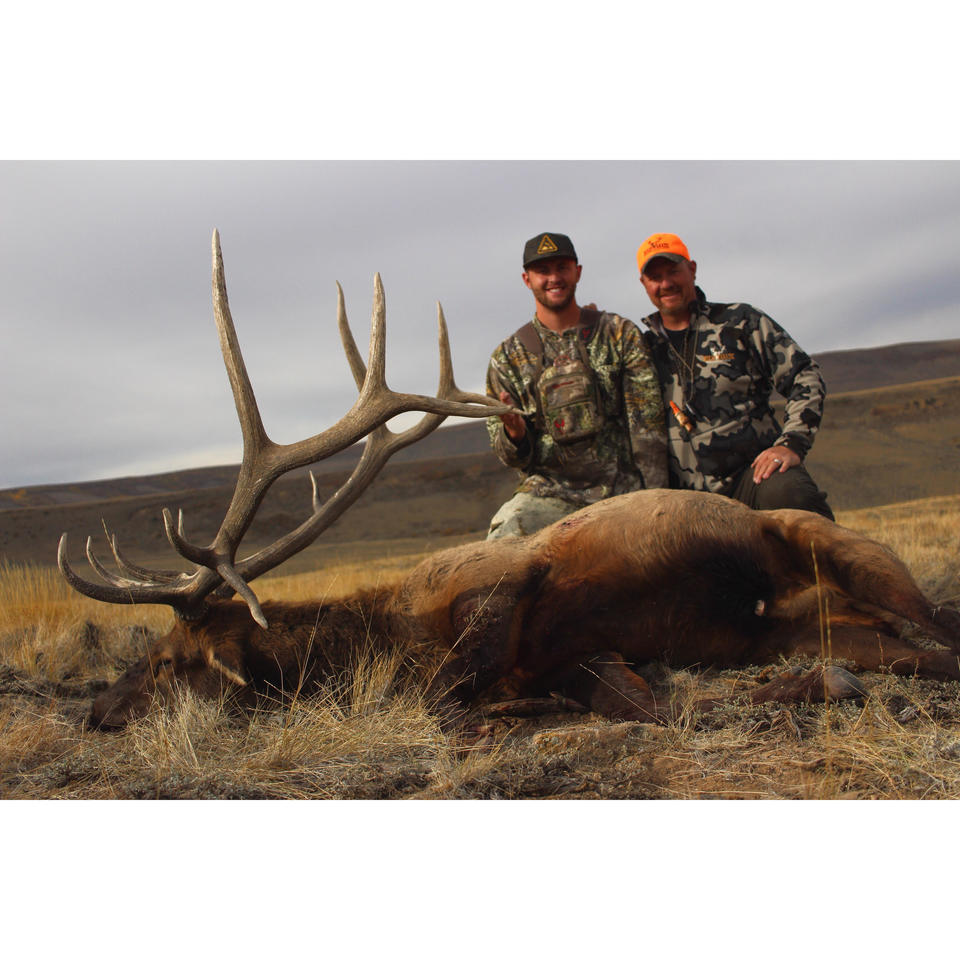 The last weekend in September came and it hit me that I wasn't going to be able to complete my goal of getting an elk during archery. The last night of archery we decided to try and find one of the three bulls we had chased all month and watch him until dark in preparation for the next morning. I had decided that opening day of rifle would be my last day and shoot the best elk we could find. I needed to get back to school and work. We found my bull we called "dropper" and watched him feed in an aspen grove. We figured he would do what all the elk do and feed towards the top all night long. That morning we were there before light. I thought he would be on top like he was supposed to be, but of course that is not how it went.


When it got light out we couldn't find him anywhere. The only elk I could see were to the east about half a mile, and there was a group of hunters above them. All of a sudden those elk began running my way. As that happened hunters began shooting to the west and elk from the west started running my way. As the ran towards us we got the spotting scope up and realized that "dropper" was running towards us from the west and "56" a 360 class five by six was running to us from the east. We couldn't believe it. We made a plan to get down there and try and get both bulls. We got down to the roughly 200 elk and began hiking towards them.


My bull is walking right to us and he is way bigger than we thought he was. I get set up but he is walking directly at us so I didn't have a good shot. He walked to 40 yards, closer then all of September of course. I finally had a shot. "CLICK". Nothing my gun didn't fire. My dad look and my brother and told him to shoot. "CLICK". After all the bad luck in September you would think it would have ran out by now, but nope! While this is happening "56" walked up and had broken off his left side while fighting my bull. Then "56" and "dropper" began fighting 40 yards in front of us. I couldn't believe my eyes. After scambling to get another shell in the chamber I finally get a shot off and hit "dropper" a little far back and the whole herd takes off. I get another shot off that felt good. We watched him drop and got in the truck to drive closer to him. As we are driving he gets back up and starts taking off! I finally got him to stop and dropped him. All the work, long day, nights, hikes, and preparation finally came to an end.


When we got up to him we couldn't believe how bad we had misjudged him all of September. We had thought he was a 320 bull with a great drop tine, but when we got to him we knew that was not the case. Ended up being a great 350 bull that far out weighed my standards for the day. As much as I wanted to get it done during archery I couldn't be more happy with this bull. 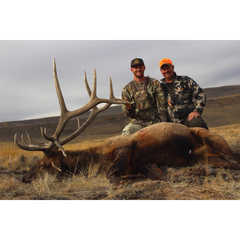