ShopCommunity
Trips
Blog
Join/Sign in
SAY Thanks
It's what the wife and I needed!

It's what the wife and I needed! 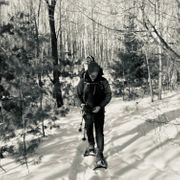 Had a hard time convincing the wife on this one as she didn't want anything air related, but after all the reviews I read I thought it was really worth the shot. We tried it at home one night and she wasn't a fan, said it was too soft. So I filled it up as much as possible and we both slept very well! We have used it on three camping trips so far and it has worked great. Kid loves to play on it too. It does take some time to fill up completely. I only really have two minor complaints. The valve pops out somewhat easily so you need to be careful not to loose it when filling and deflating it. When it is in use or rolled up it has a very secure cap so not too worried about it. Second which is the biggest for me is the roll sack for it sucks. Not sure why a simple stuff sack wasn't used instead. I will probably just find an appropriate sized stuff sack and replace the one provided.

Overall it's comfortable and gets the job done!