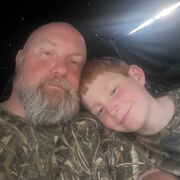 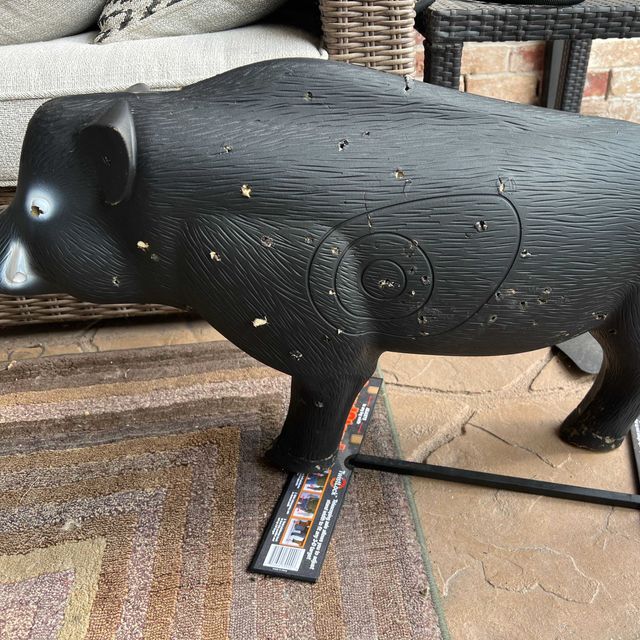 Not a bad 3D target, little smaller than I thought it would be but still decent for me and my son in the back yard.

The molded target into the body isn't really in the right spot for vital shots, it's a little more of a gut shot than vitals so we don't use it for teaching where to shoot a hog. A little spray paint fixes that for training though. I see why they put it there due to the molded leg, so it's not really "wrong" just not really where we like to hit.

My 45lb compound bow with field points at 20-25yd will go very deep into the body. Certain sections it will punch through to the other side but not pass through.

We bought the stand to go with it but it doesn't collapse down far enough to get the pin in both feet, so it just stands with one pin instead of two.

Not a bad target for the cost. Could be better with some tweaks though.