A photo essay by Barry and Cathy Beck 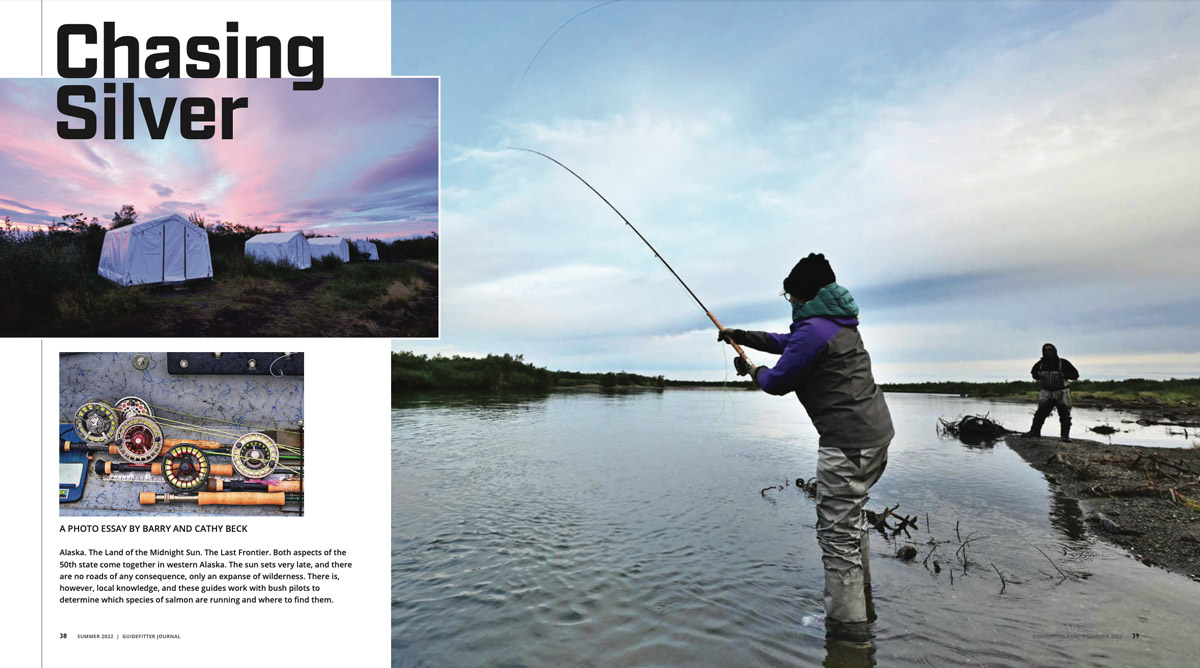 Alaska. The Land of the Midnight Sun. The Last Frontier. Both aspects of the 49th state come together in western Alaska. The sun sets very late, and there are no roads of any consequence, only an expanse of wilderness. There is, however, local knowledge, and these guides work with bush pilots to determine which species of salmon are running and where to find them. 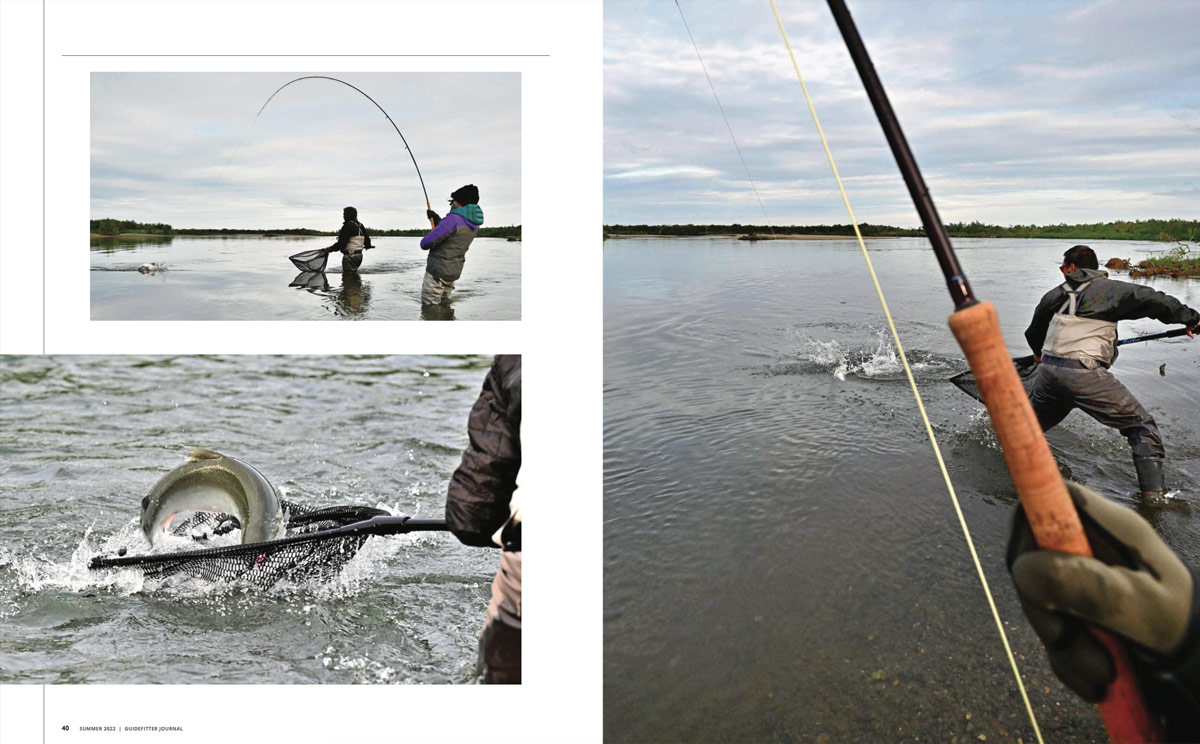 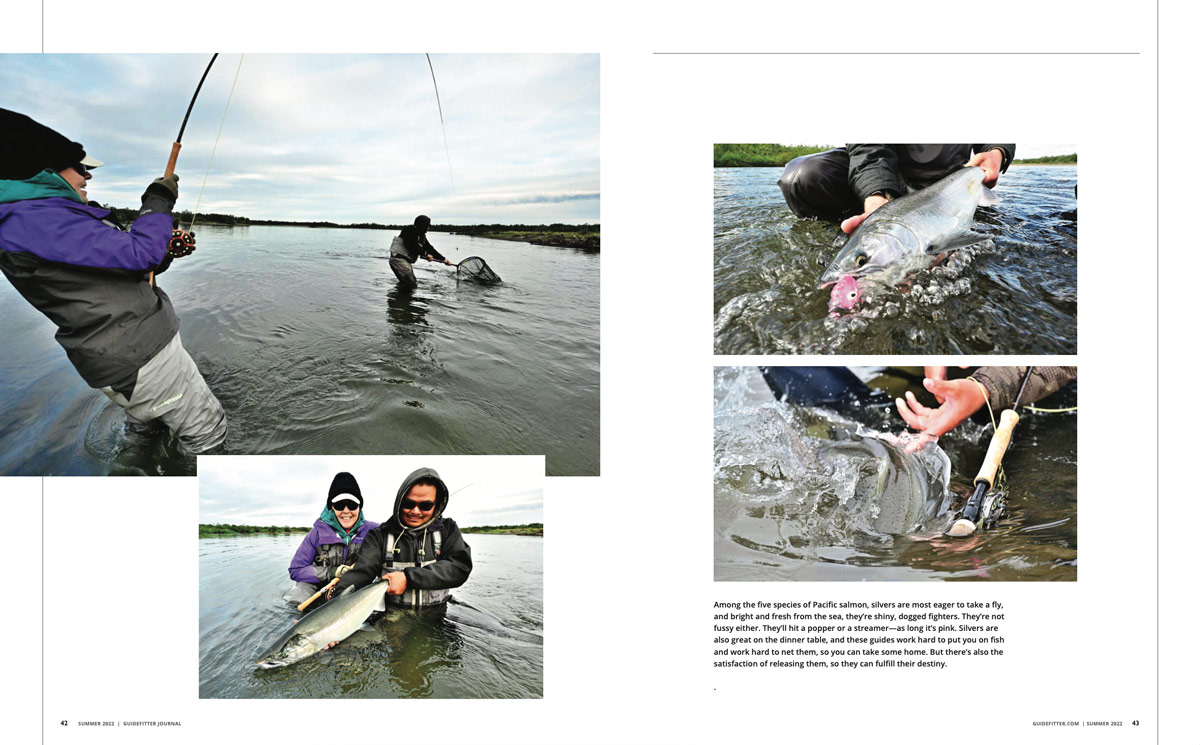 Among the five species of Pacific salmon, silvers are most eager to take a fly, and bright and fresh from the sea, they’re shiny, dogged fighters. They’re not fussy either. They’ll hit a popper or a streamer—as long it’s pink. Silvers are also great on the dinner table, and these guides work hard to put you on fish and work hard to net them, so you can take some home. But there’s also the satisfaction of releasing them, so they can fulfill their destiny.