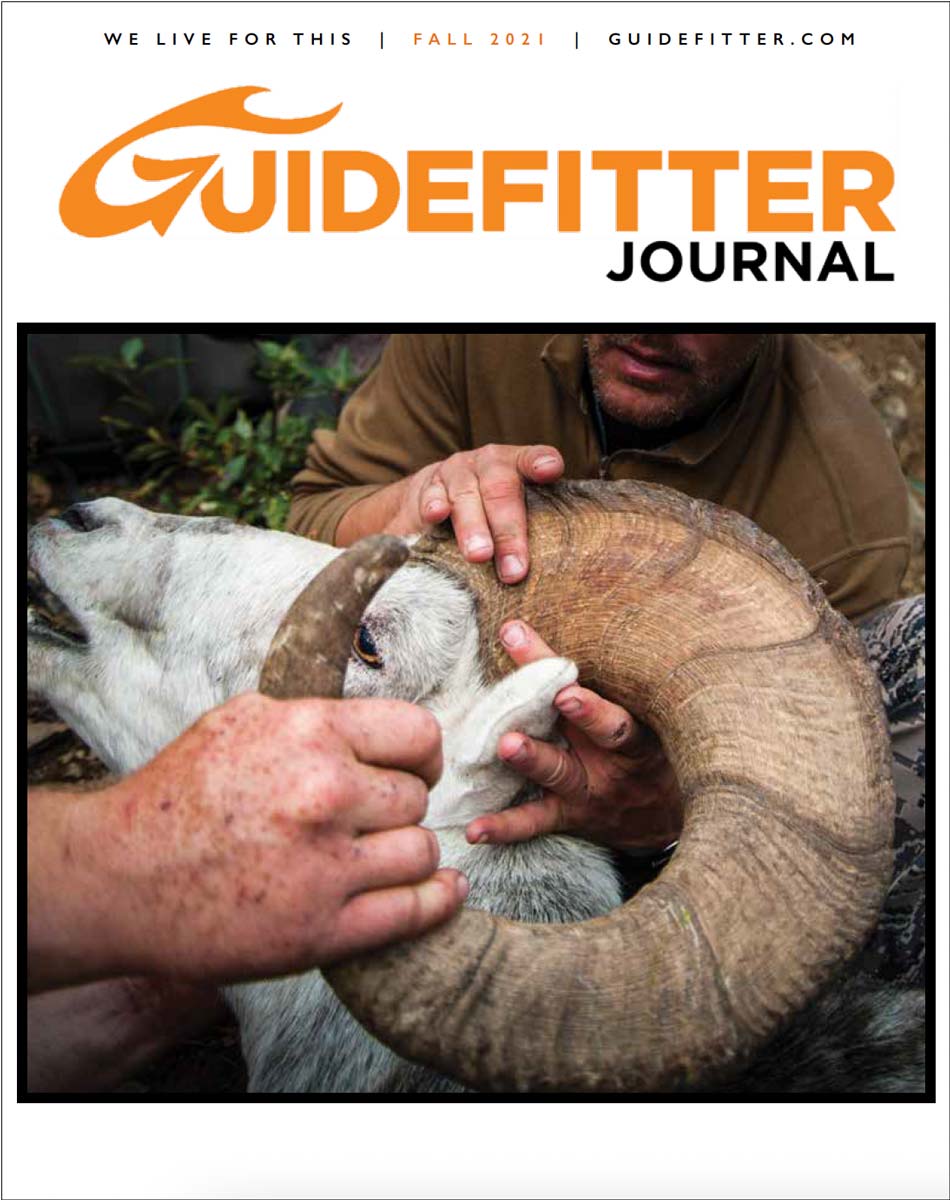 At one point, Kevin Collins was not sure he was doing the right thing. Even his father warned him. Collins was changing the business plan at his family’s ranch and outfitting property. He wanted to reduce the number of hunters, enforce a new age-restricted buck harvest, and transform the rolling hills of this Upstate New York property into a place where every client would have an opportunity at a quality buck. And after a few rough seasons, Collins turned it into a productive operation again.

“He pissed a lot of people off,” said Ryan Lower, a resident of Vermont and longtime client of ABC Ranch Outfitters. “Especially the guys who just wanted to ride their four-wheelers around because that’s what they always did. They were not happy.”

Lower had been a loyal client for nearly 20 years, but when Collins took over the management after his older brother died, Lower had second thoughts about his annual trek. The quality had been declining.

It wasn’t bad. It was not great either. But Lower heard Collins’s vision for the property, and sure enough, within a few seasons, Collins turned it into a productive operation again.

“He turned it around big time. Before the change, we were seeing only a few deer. Now you can count on seeing a lot of deer and getting opportunities at quality bucks,” said Lower.

Instead of slots to fill, Collins now has a waiting list. The quality and quantity are up, and in 2020, a bow hunter arrowed the largest deer ever taken on the property: a 153-incher. It’s being entered into the New York State Big Buck Club book. That’s a great buck for this part of the world. Steve Blaise started hunting with Collins a few years ago and now is a regular. In fact, he often books three times a season: bow, rifle, and muzzleloader.

“I come over the summer to help him hang stands and plant food plots,” said Blaise who drives over from New Hampshire. “Kevin is doing an amazing thing for this land and these deer. He and his crew, these guys know what they’re doing.” 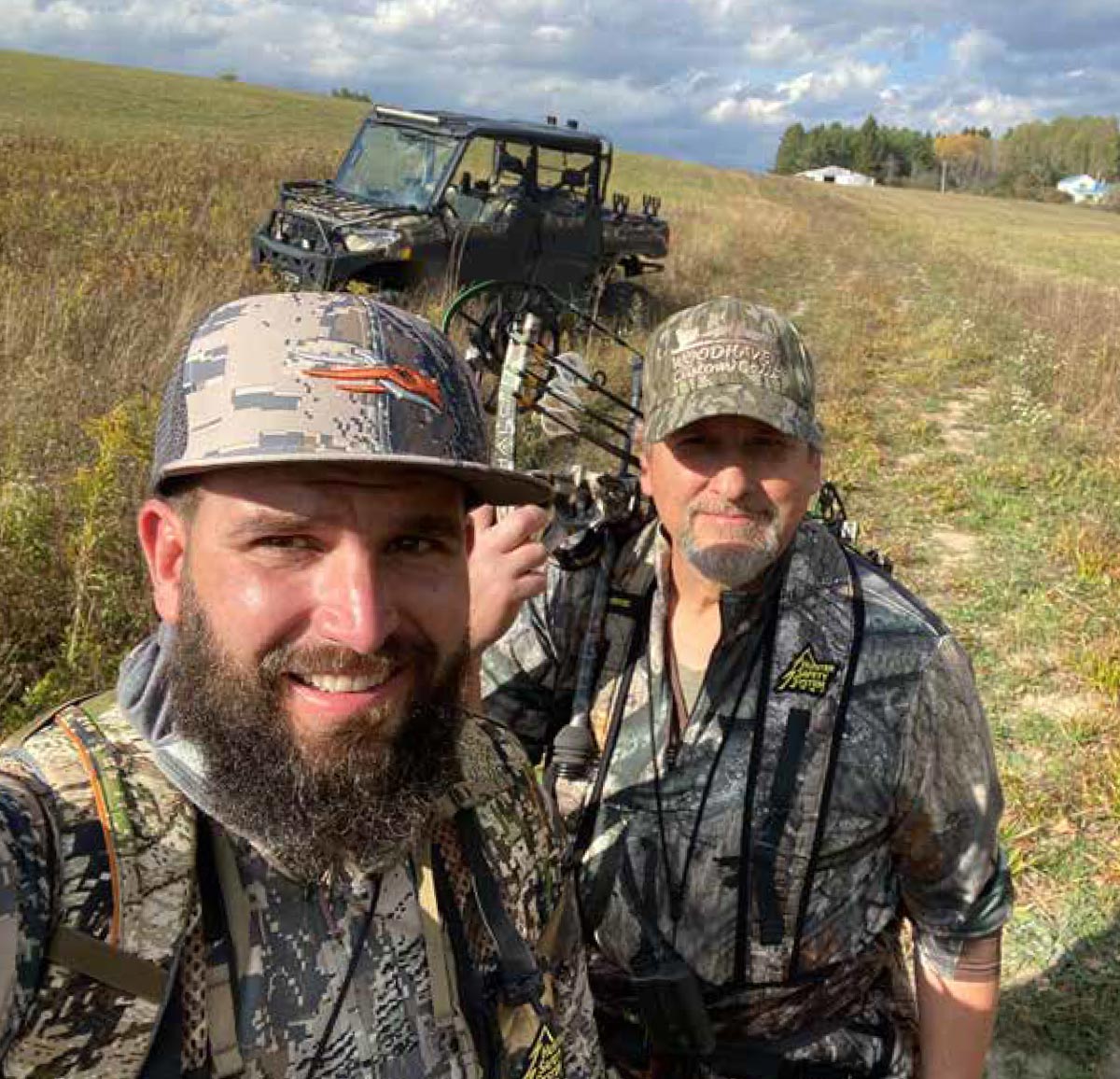 Family Conflict
This 2,500-acre spread of ag fields, cattle range, and hardwoods has been in Collins family for two generations. His dad was a surgeon and hobby cattle farmer and worked the land to pay the taxes, expenses, and to enjoy the blue heaven southwest of the Finger Lakes. Collins’s older brother took over management as the father got older, but he didn’t much put back into the land and allowed a large number of hunters to pay for access to the land as DIYers every year. They had the run of the place.

There was an eight-point antler restriction, but no age restriction. That would not sustain the herd. Plus, ATVs got free roam. There were no off-limits areas. Anyone could put up a stand wherever they wanted to. There were no food plots. Collins’s older brother, who was in charge of the land, passed away five years ago, and the property was left to Kevin to manage. He started doing research. He spoke with folks at QDMA; Clede Spooner, a land-management specialist whom Collins knew from the local bow shop; and Jeff Sturgis of Whitetail Habitat Solutions.

With the size and number of bucks declining, Collins knew he had to change things to save the business. That’s when the jawing began from just about everyone.

“My dad said that hunters wouldn’t book because I was being too strict,” said Collins. “Dad was right. There was a lot of pushback from clients. Some didn’t book again. But they hunted with us for the wrong reasons. They were the guys who wanted to ride four-wheelers everywhere and who didn’t appreciate the management aspect that goes into sustaining and growing healthy herds.”

Collins told his dad that the clients they lost would be replaced by the right type of hunter—clients who respected the land and animals. At least that was the hope.

“Dad lived to see it,” said Collins. “He saw the property become what it is now, with food plots, sanctuary areas, and big bucks, and a lot of them, just like it used to be years ago when I was a kid.” Dad died in 2019. On his way out, he told Collins that he was proud of what he did with the family land.

“My Dad said he was sorry he doubted me,” said Collins. “That meant a lot.”

Stick to Your Guns
When asked how he weighed the risks and rewards of changing his family’s business plan and introducing a land-and-herd-management plan, Collins said he really had no choice. The property wasn’t producing, and the business wouldn’t have survived another season. Still, it took moxie for him to embark on the sea change because very few people in his life thought it was a good idea.

“It was all about sticking with your plan,” he said. “For guys out there thinking about making a change, just maintain the discipline of your management program. You might think, ‘Well, I’m going to shoot this one buck that’s younger; it probably won’t make a big difference.’ But it will. Trust yourself and your plan, and you’ll make it happen.”

John Geiger is the former editor of Guidefitter Journal.
See more about Collins and ABC Ranch at Guidefitter.com/abc-ranch-hunting.

From the Fall 2021 issue of Guidefitter Journal.