The Future of Concessions 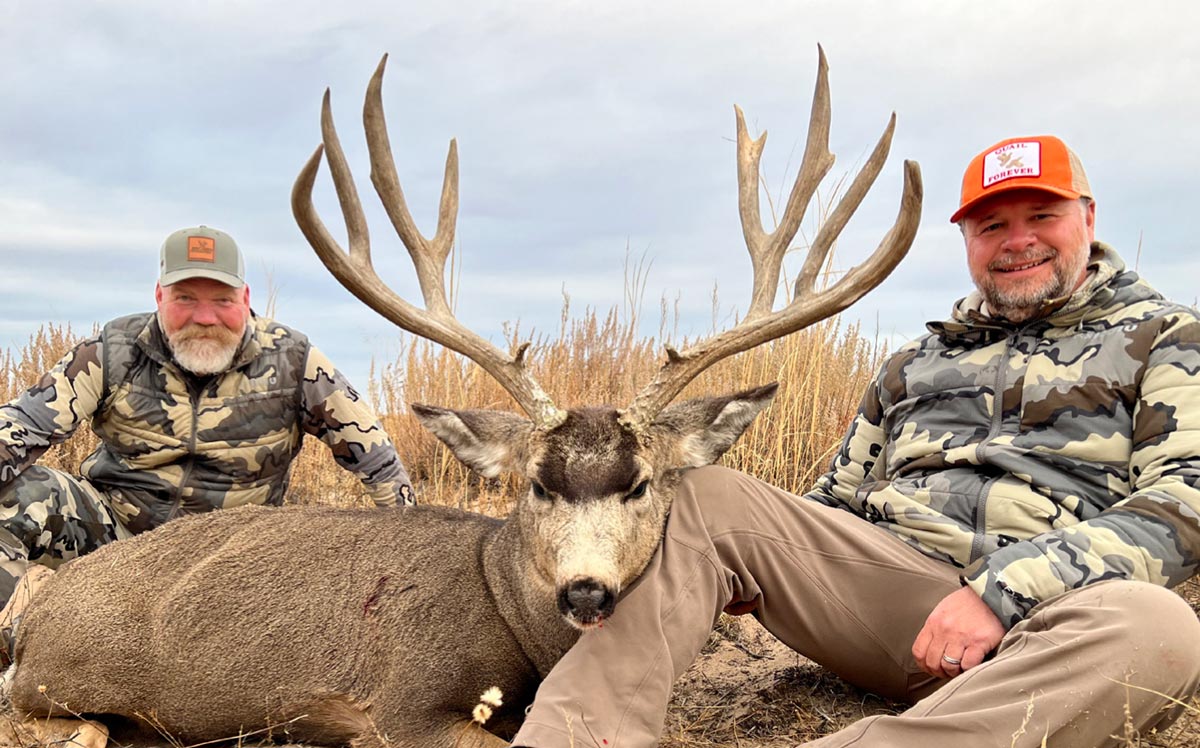 Dan Harrison (left), who outfits public-land hunts in several states, is frustrated that the US Forest Service has placed a moratorium on public-land hunting permits but says permits to ecotourism guides are basically unlimited.

Jared built his Yukon big-game outfit with grit, determination, and timely financial backing. The foundations of the business were purchased from an existing outfitter, who punched horse corrals and cabins deep in the wilderness and brokered deals with bush pilots to fly materials in-—and hunters and their trophies out-—of the remote backcountry.

But Jared, who asked us not to use his full name because he doesn’t want to call attention to his business, added camps and cabins, invested in satellite communications, and broadened his advertising and trade-show presence to build a waiting list of hunters eager to experience a week or two in the continent’s best big-game country.

Despite all that investment, Jared isn’t sure if he’ll be able to hand the outfit over to his children when he’s ready to retire.

“There’s a lot of uncertainty about the future of all concessions in the Yukon, not just mine,” he told me. “It’s a fairly marginal business even in the best times, but every few years we hear that First Nations are interested in activating their land claims and taking over our commercial operations.”

Jared needs only look to his west to see one version of the future. On the British Columbian coast, supporters of indigenous communities are buying out hunting outfits in order to stop the sport hunting of grizzly bears, which First Nations consider sacred, and to expand the presence and economic improvement of in- indigenous communities across their ancestral homeland.

Last year, National Observer, a Canadian media outlet, reported that the Raincoast Conservation Foundation was raising $1.92 million to purchase the commercial trophy-hunting license that covers more than a quarter of the Great Bear Rainforest on BC’s west coast, in order “to protect bears, wolves, cougars, and Roosevelt elk.”

The report noted that the foundation has already acquired the hunting rights for more than 38,000 square kilometers of the BC coast, an area greater than Vancouver Island. In many cases, the benefactors turn hunting rights over to First Nations, which often convert infrastructure built around trophy hunting to support their ecotourism operations.

Sport hunting “is a violation of our culture and impacts our economy,” Douglas Neasloss, chief counselor and stewardship director for the Kitasoo/Xai’xais Nation told the Observer, “and I just think bears are worth more alive than dead.”

The conversion of commercial hunting concessions to tribal-operated ecotourism operations picked up momentum in 2017, when the BC government ended sport hunting of grizzlies in the province and stopped all types of grizzly hunting in the Great Bear Rainforest, an area equivalent in size to Ireland on the province’s isolated central and north coasts.

Given that dynamic in parts of Canada, what’s the future of public-land outfitting concessions in the US? Dan Harrison thinks we’re a long way from losing permits to hunt big game, guide anglers, or lead horse-packing trips. But he says it’s increasingly difficult to obtain and keep—-or enlarge-—a public-land hunting concession.

“There’s been a moratorium on US Forest Service permits for the last several years,” says Harrison, who is permitted in Colorado but outfits also in Montana, California, and Manitoba. “I get that. They’re understaffed and don’t have the capacity to do EAs [environmental assessments] or NEPAs [more extensive environmental reviews under the National Environmental Policy Act]. So it’s easier to say that they’re not going to issue more permits.”

The problem arises in years such as the past one, which saw a surge in outdoor participation. While many millions of those outdoor recreationists did not hire the services of an outfitter or guide, hundreds of thousands did. But Harrison, who has been outfitting for the past 30 years, says his permitted number of client days is capped, and without revisiting his permit, he can’t take most of the would-be customers who call or visit his website.

“Unless you’re green, that is,” he says. “If you’re a river rafter or an ecotourist business, those permits seem to be pretty much unlimited. But big-game hunting and some of the fishing permits? If you want to expand or move into a new area, you basically have to buy out an existing permittee.”

The problem with that particular strategy is that forest service “priority use” permits, which generally have 10-year lifespans, officially are not transferable. Generally, the permitting process through the Bureau of Land Management (BLM) is more streamlined, says Harrison, and BLM permits can generally be valued in the case of the sale of an outfitting business.

According to the US Forest Service’s pamphlet, “Outfitting and Guiding on National Forest System Lands,” the agency’s permit is “not real property and may not be used as collateral.” Furthermore, the holder’s permit terminates with a change in ownership of the business.

For Harrison and other outfitters who might want to either expand or divest their businesses, the value of a federal-lands commercial-use permit amounts to “blue sky.”

“I get this, too. The agencies don’t want to turn their permits into commodities,” says Harrison. “But in the real world, it affects the ability of a prospective buyer to get a loan, because no bank is going to lend money for ‘blue sky.’ ”

He says that when it comes to selling a public-land hunting or fishing concession the incumbent often gets around the issue by assigning a value to their list of clients or overvaluing their equipment. But Harrison says that the structure of priority-use permits usually means that outfitters who are breaking into the business and don’t want to rely on traditional banks for start-up loans need to put down 60 to 80 percent of operating funds or bring in partners with deep pockets. 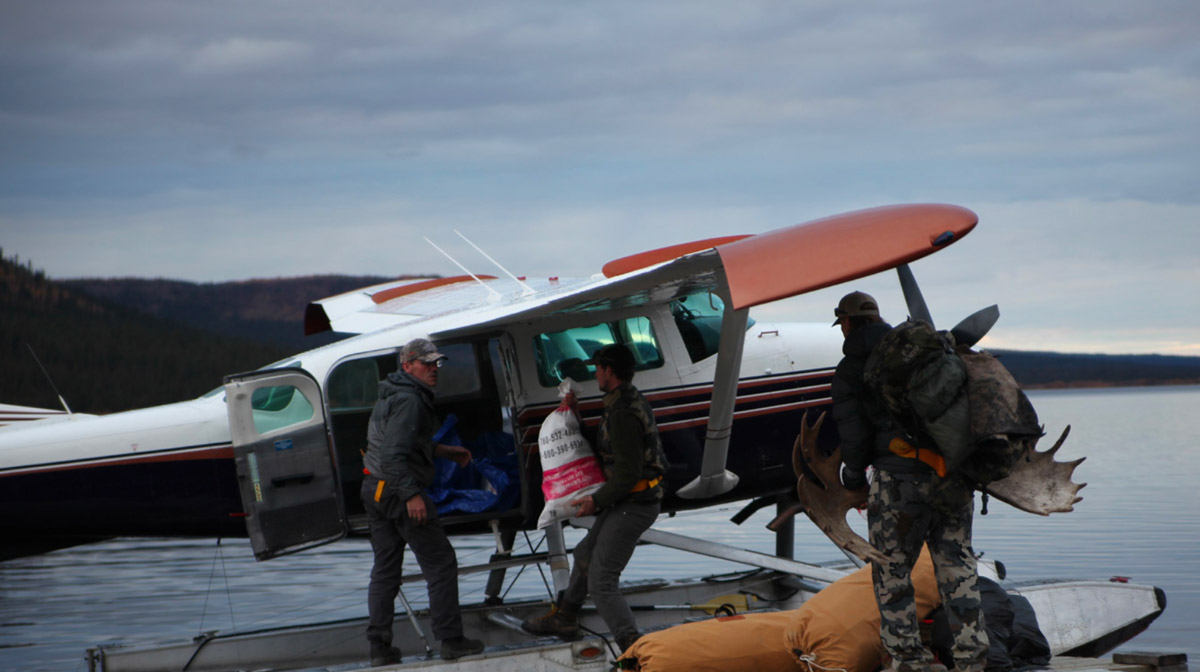 In 2017, according to the US Bureau of Economic Analysis, guided-tour and outfitted travel contributed more than $11.1 billion to the nation’s economy and helped support jobs and businesses in rural areas.

The Business of Public-Land Outfitting
By any economic measure, guiding and outfitting is big business. According to the US Bureau of Economic Analysis (BEA), guided tours and outfitted travel contributed approximately $11.1 billion in 2017 and nearly $68.5 billion in pass-down receipts from 2012 to 2017.

“The guide-and-outfitter industry is of particular importance to the economies of rural communities across the country,” reports the BEA. “These operators provide economic opportunity in communities where tourism may be a job-creating industry. Such businesses rely heavily on federal lands to execute their work and provide services to clients.”

According to some industry estimates, roughly 40,000 small businesses nationwide provide guide and outfitter services, and approximately 15,000 operate un- der permit, contract, or other authorization from at least one of the federal land- management agencies, which include the National Park Service, BLM, US Forest Service, and US Fish & Wildlife Service.

But Harrison says those numbers could be even higher.

“In Colorado, my forest-service permit is for six hundred user days between summer and fall,” he says. “But I never use the summer days because it’s just not cost-effective for me to run horse trips in that season. Consequently, I have unallocated days that could be reassigned to another permittee, but the NEPA process won’t allow that, so those opportunities to take someone into the public lands are basically wasted.”

The forest service, in its outreach, though says that much of that demand is met by existing concessionaires.

Harrison doesn’t want to see the permitting system scrapped, but he thinks if it’s modernized and concessions made a priority, he could open doors—-or trailheads at least—to a population of Americans who, through their experience, could become advocates for wild places.

“That’s Customer Service 101,” says Harrison. “But just like other businesses, there is so much turnover at agencies when it comes to the folks who process permits. They’re generally entry-level positions, and the folks who handle permits tend to leave just as soon as they get good at it. Consequently, we’re always training someone new.”

The Canadian Model
But Jared would take those administrative morasses over what appears to him to be growing momentum to push Canadian outfitters out of the bush.

“I don’t think the First Nations push will come to the interior any time soon, but it’s something all of us [provincial outfitters] worry about,” says Jared, who makes an effort to be a good neighbor with First Nations bands whose ancestors hunted the Yukon backcountry where he operates.

“I hire Native guides and make sure that much of the meat from my hunters makes its way back to the villages,” says Jared, who wonders how First Nations might meet the logistical challenges of operating in wild, remote, and expensive terrain far beyond the end of any road.

“In my concession, and many others across the Yukon, you need the financial contributions of sport hunters to operate at all,” he says. “Without hunters willing to pay well into five figures for a sheep or a moose tag, you could never afford the fixed costs to work out here. But that hunter money goes back in the local economies, from paying for Native guides to buying airplane fuel and hotel rooms, so I’d argue it’s a net benefit to encourage sport hunting.”

“Personally, I don’t worry about the government taking permits from us outfitters and giving them to First Nations, because they have the run of the land, as it is. They don’t have to follow the rules or seasons or game laws that we do. What I do worry about is that they will become more effective at getting into the backcountry and reducing herd numbers, which will effectively limit our ability to get tags and take hunters.”

But the fact that non-Native foundations have been successful at raising funds to buy out sport-hunting concessions in British Columbia is a worrisome trend for both Canadian and American outfitters.

“A change in government could upend the status quo,” says Jared. “And once we lose our backcountry camps and infrastructure, it will be really hard to get that back.”

For Harrison, the fact that the current US Secretary of the Interior is an indigenous woman and appears to be keen to create equity on public lands between Native Americans and non-native Americans might portend some changes in permitting rules. But is commercial use on public lands in the US likely to go the way of British Columbia?

“We always worry about how a change of administration will affect us on the ground,” says Harrison. “But the value of the forest service’s systems and the BLM’s is that permits are generally reviewed and approved at the local level, and outfitters who run consistently good, solid operations and have good local relationships with agency folks shouldn’t worry about sweeping changes.”

Keep an eye on them, he says, but don’t stay up nights worrying about it.

A longtime writer and editor, Andrew McKean contributes to dozens of publications, including Outdoor Life, Petersen’s Hunting, and Bugle. He lives in eastern Montana.