The Wind: Makes or Breaks a Hunt Every Time 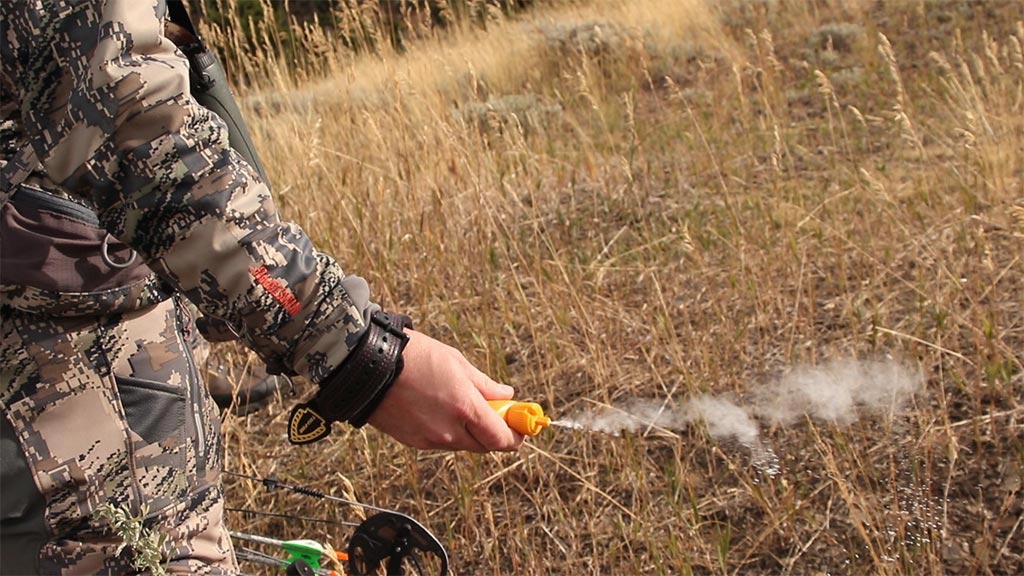 When the wind blows

Hearing the bull bugle just up the draw from where my hunter and I were located brought smiles to both our faces. It had been a long four days of hunting with nothing to show for it. We had seen elk once and they were in an area we couldn't hunt. The bull was fired up and screaming as often as kids on the playground. The logical thing to do was run right up there, set up, blow on a cow call a time or two and then give him an eternal dirt nap. Sounds easy enough and once in a blue moon it happens that way. But-and there's always a “but” in hunting-you've got to deal with other animals getting in your way or not having enough cover to close the distance. Both of these circumstances get hunters “busted” more times than we’d like to admit. What's the one thing that screws up more hunts than getting seen? Getting winded.

Make no doubt about it, the wind has saved many, many critters from becoming table fare. In my opinion, learning wind currents, predominant wind direction and thermals is one of the biggest ingredients in becoming a top notch hunter.

Wind currents are the way the air flows across the topography of the land. The flatter the ground, the easier it is to decipher what the wind's going to do. The more mountainous the terrain, the more you will encounter swirling and bounce-back effect. How often do we hunt flat ground without vegetation? Exactly. That's why it’s important to study the wind as you hunt.

Have your wind detector dust with you as you move through your hunting area. Give a few puffs as you go. Take note to the time of day because wind currents and/or direction sometimes change as the day wears on.

Predominant wind is how the air moves without being affected by objects, topography or thermals. Most areas have a general predominant wind out of the west. These winds tend to change as dawn approaches and as darkness falls. It's especially important to pay attention to this when hunting a new area. Animals seem to have a keen sense for knowing when this shift will occur and that's when they start moving. Predominant winds will also be affected by high and low pressure systems as they move eastward. High pressure systems move clockwise while low pressure systems move counter clockwise. As these systems or fronts move through your area, wind directions will constantly be changing. By using a source of weather information like The Weather Channel, you can plan for these changing wind conditions.

Thermals are created by the warming and cooling of air. As the morning sun heats the ground, it overtakes the downdraft of night. In mountainous terrain, the top of the mountain will start pulling the air upwards. The valley of the mountain is still pulling downwards. This will create a swirling wind until the sun gets high enough to draw all the mountain winds upward. By looking at which part of the hill is in the sun versus which part is shaded, you can get a pretty good idea of what the winds are doing. And it's a pretty good bet that if you are 100 yards below that shade line your wind will be a swirling mess. That's why a lot of times, I will find an animal at first light but not make my move on him until 11 o’clock or so, giving the thermals time to settle in so I can have a more predictable wind. The evening is just the opposite. The lower elevations cool first as the sun sets, thus allowing the “sucking” of wind down the mountainside. A good rule of thumb is to be high on the mountain in the morning and low in the evening. The best case scenario would be to set up on the very top where the predominant wind prevails.

The wind has and will always give us fits when we’re hunting. There will be times when it changes and you have to back out and go at the animal from a different direction. There will be other times you’ll just have to wait until another day. Either way, your goal is to kill the animal or get out of there without him ever knowing you were around. And if you think using a very well-advertised scent killer or scent blocking clothes will save you, you’d better think again. When the wind is blowing from you to your quarry, game’s over. Will the stuff help when the wind swirls a little? I don't know; I'm not an elk or deer. What I do know from experience is when the back of my neck gets a cold chill, animals tend to run off.

Did my hunter ever kill a bull on his hunt? He did. It wasn't the bull screaming his head off though. That situation never did get right. The next day we found a little herd down in the flats where we had a good solid wind out of the north west. We got the wind right and ambushed them as they passed by heading for the timber. Timing and patience are everything when it comes to playing the wind game. I would bet my last dollar that most animals feed, bed and travel according to wind direction. At some point during their day, there is a hole or a hiccup that makes them killable. We just have find it.