Build it, and they will come. And the season is always open. 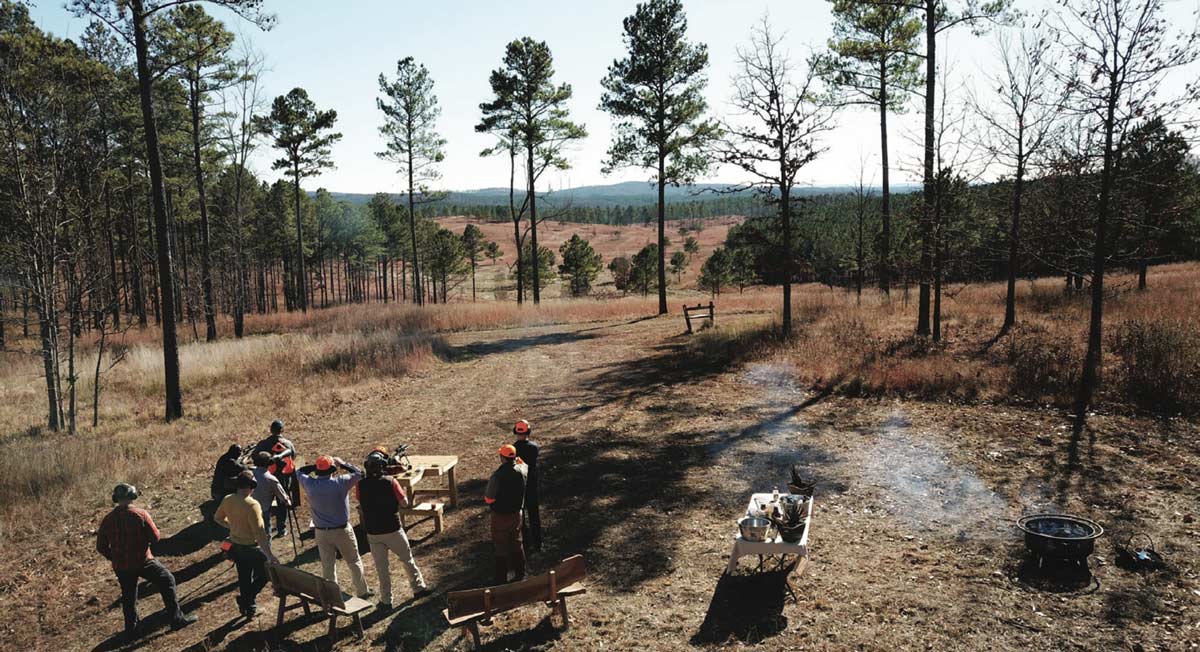 The good folks at the Beretta Shooting Grounds of Barnsley Gardens added a 1,000-yard shooting range. The firing area has been updated to include a permanent standing bar.
photo by High Adventure Media

In early March 2022, I had the opportunity to hunt quail at Barnsley Resort, which is just northeast of Rome, Georgia, and about 70 miles south of Chattanooga, Tennessee. If you google it, the interactive map that pops up describes Barnsley as a “High-end resort with a golf course.” Well, that’s true, but it’s also home to the Beretta Shooting Grounds, which John Burrell’s High Adventure Company manages. Burrell, better known as JB, had asked the previous editor of Guidefitter Journal, John Geiger, and me to chase quail with him and his stable of fine dogs.

Prior to arriving at the shooting grounds, I’d never been to Barnsley, but I’d been hearing about it and seeing it from the road throughout my life. It’s less than five miles from my first home, which I remember only because it eventually became my maternal grandparent’s final abode, and I spent many summer days with them during the first 20 years of my life.

But I’m neither going to get all nostalgic about the carefree days I spent with my grandparents nor talk about the good quail shooting, excellent dog work, and beautiful grounds at Barnsley. I want to tell you about the shooting range—the 1,000-yard shooting range that stretches across the Barnsley quail course and brings a little extra business to the shooting grounds.

“We have this beautiful property that is just a little more than an hour from Atlanta, but we hunt it only six months out of the year. The range is a great addition to what we’re doing at Barnsley,” said JB.

“Mainly, visitors to the resort use the range, and a lot of our day hunters are upgrading hunts and using it. For your Guidefitter folks, it could be a good addition even without a resort to support it.”

To many of you, a 1,000-yard range may not be a new idea, but I’ve been to a good many lodges and had never seen one. Of course, no one has to match the shooting range of a high-end resort with a golf course. The thing you need most is the thousand-yard space to build it, and you can choose materials and the number of targets that fit your budget. Still, you might pick up some extra bucks from clients who want to test their long-distance marksmanship.