Locavores are hunting's new demographic and offer a market that is basically untapped. by Maggie Slepian 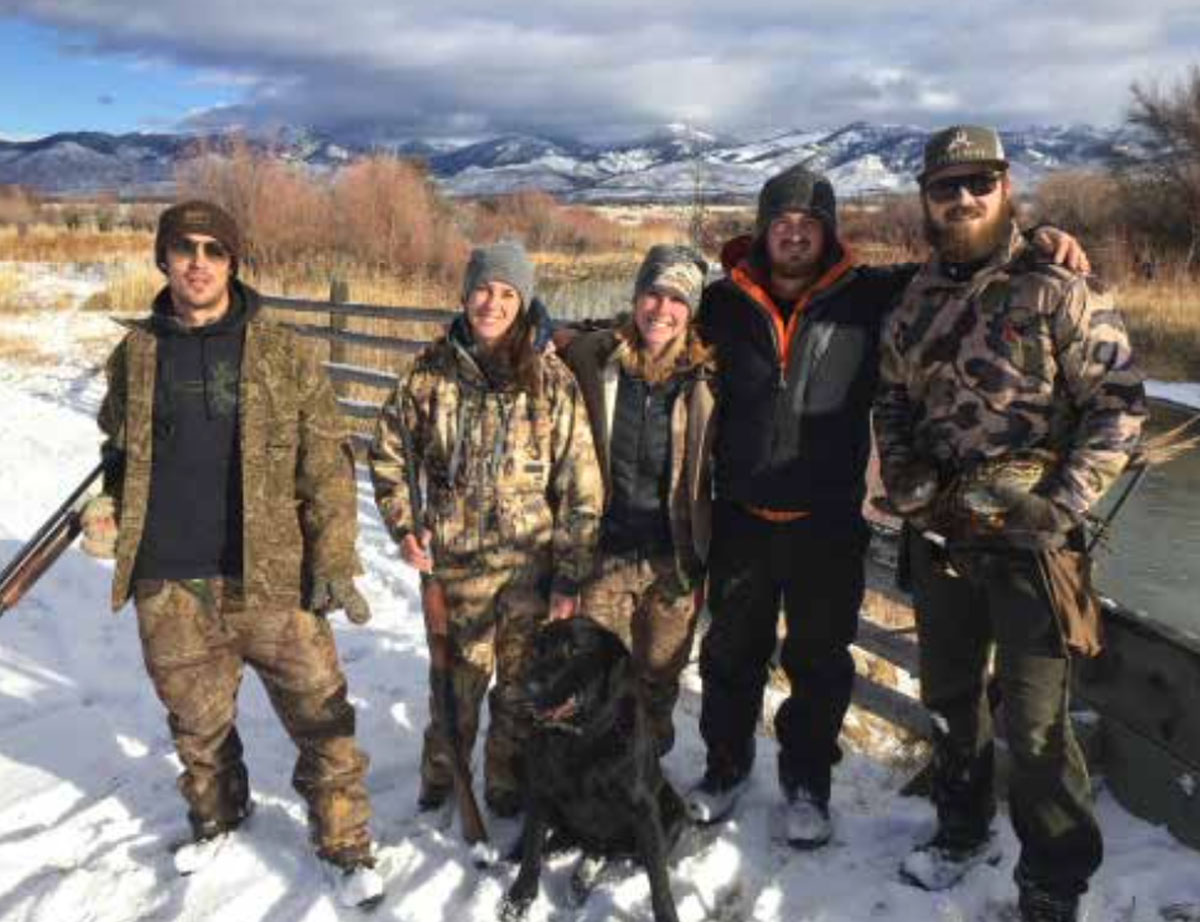 Millennials and locavores are a growing demographic of hunters that is younger, diverse, and commonly female. Learning to appeal to this group can help outfitters increase business.

The local-food movement has been around since the 1960s, but the idea and practice have become trendy and mainstream only over the past 15 years. Aficionados of this farm-to-table revolution are known as “locavores,” a term coined in 2005. Restaurants on board with this trend appeal to their clientele not only by listing the ingredients in their meals, but also noting where the ingredients came from. Diners who recognize the locations where their grass-fed beef or new potatoes were raised can usually take a short drive to see the farm for themselves.

With the knowledge of where their meals originated, people latched onto the idea of humanely raised meat. Naturally, this led locavores to consider wild game, which consumers could kill for themselves, as a viable food source. Some people who weren’t raised in a hunting culture began learning about the connections between hunting, game management, and where the meat they put on their plate came from. Some even began to hunt, and a documentary produced in 2016, An Acquired Taste, which followed three young locavores who took up hunting to increase their connection to their food, pushed this trend even more to the forefront.

With that in mind, it should be no surprise that many adults who didn’t grow up in a hunting culture are taking to the field. For example, Kelsey Sather, 33, grew up in Montana but had never hunted until she was an adult.

“I began hunting to engage with nature in a more complex way,” she said. “I wanted to understand better what it means to eat meat and fully enter a role with larger life cycles.”

Similar to Kelsey, I began hunting in my late 20s. I viewed hunting as an ethical way to procure meat. The carbon footprint was minimal, and I knew the animal had a free life outside of a feedlot. It was active and engaging, and learning the skills and concepts opened a new world. Hunting helped me understand a process we are removed from when our meat comes solely from the grocery store.

A New Market
Between 2008 and 2017, according to a Responsive Management survey, the number of people who hunted primarily for meat grew from 22 to 39 percent—that’s an increase of 72 percent. Comparatively, during that time, hunters who said they hunted for sport and recreation dropped from 33 to 27 percent. This means that we’ve seen a significant increase in the number of folks who can be recruited into hunting from their interest in sustainability, taking responsibility for their food, and eating local.

“This truly is a new hunting demographic,” said Mac Minard, executive director of the Montana Outfitters and Guides Association. “Within the industry, we’ve had to adapt to a millennial group that is now the largest client segment and employee segment.” This references local harvests, from waterfowl to whitetail.

Studies show that baby boomers—people born between 1946 and 1964—still compose the bulk of hunters, yet results released in 2017 from a five-year study through the US Fish and Wildlife Service concluded that hunting participation was declining in all age groups except millennials. That makes recruitment for a new type of hunter imperative.

Catering to Newbies
Michael Haynes is the owner of Prairie Farm Homestead, a hunting operation in Arkansas. Over the past three years, he has seen meat hunts for whitetails increase from about 20 percent to more than 75 percent. This indicates a major shift away from trophy bucks toward three-year-old does.

Prairie Farm Homestead has a strong focus on giving beginning hunters a positive experience. Toward that end, each guest is given a pre-hunt review of hunting knowledge and weapon proficiency, and based on the reviews, staff members and the guides tailor the hunts and hunting strategies to fit clients’ needs. This method not only removes some of the barriers that keep would-be hunters from taking to the woods, but also compels some of the clients to come back year after year.

“We have never focused solely on marketing to trophy hunters,” said Haynes. “Statistically, the number of trophy bucks don’t exist for a sustainable business model.”

There is huge potential in this new generation of hunters. Communicating the benefits of hunting will help amplify the message of hunting as an ethical alternative to grocery-store meat while reducing the intimidating aspects of the sport.

“Traditionally, longtime outfitters are men and women who have been in business for a long time,” said Minard. “But there is an increasing attraction to hunting that is focused less on the trophy. Marketing to them is entirely different.”

These trips with new-to-hunting adults might feel different than with legacy hunters. Communication might start with the basics, including techniques and concepts behind a hunt.

New clients might come from backgrounds where hunting wasn’t common, so you might end up chatting about the conservation and ethics behind taking a wild animal. This discussion helps remove some mystery behind hunting and can expand the conversation.

Since these hunts can feel introductory, seasoned guides may have to dig deep to remember what it felt like to be a real beginner. Making a new hunter feel comfortable with the learning curve is a good way to get repeat clients, and understanding the extent of their knowledge, experience, and comfort with killing an animal is a great place to start. 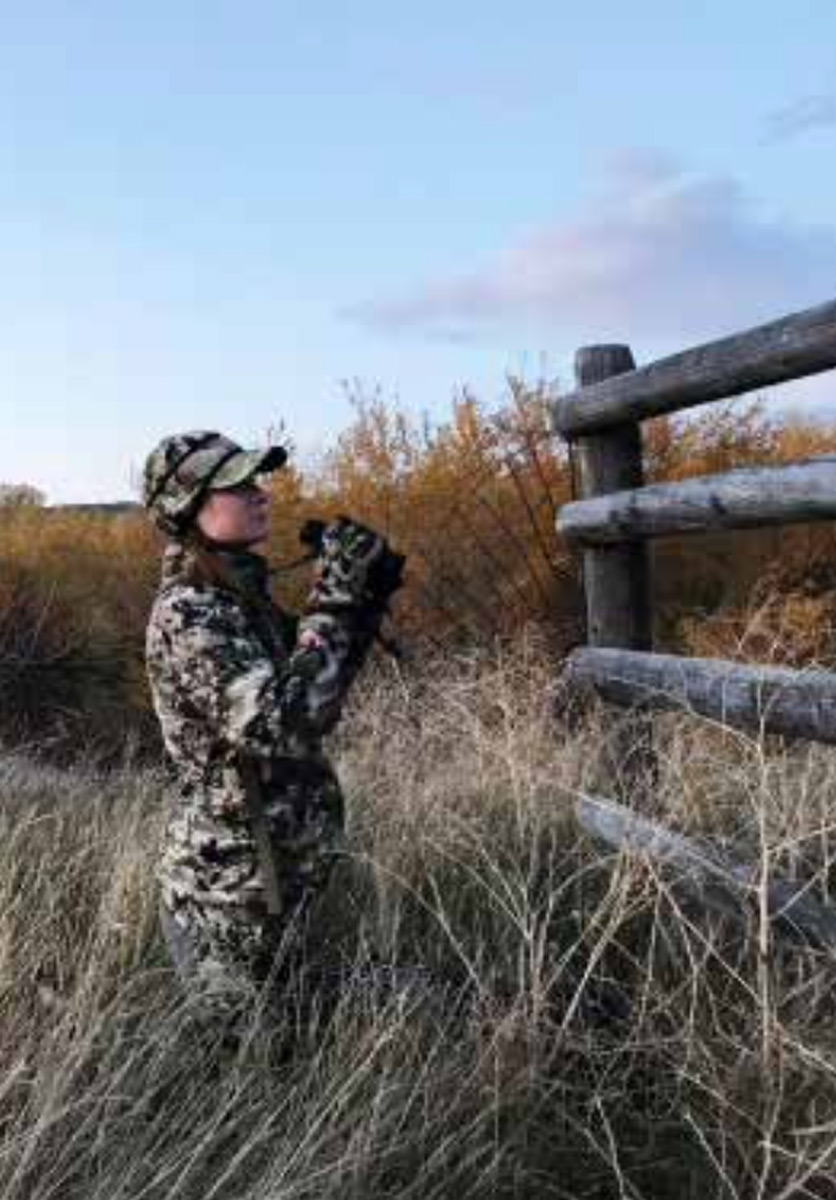 Guides should expect a lot of questions from their millennial clients who likely didn’t grow up in a hunting family but want to learn enough to eventually hunt on their own.

Dealing with Beginners
Here are some things to consider as you think about tapping into the potential of the locavore movement and a new generation of adult hunters.

Understand the market: Keeping up with or being at the forefront of the locavore movement will help outfitting businesses stay relevant with this demographic. Participation in this category has been increasing but is still mostly untapped. Tapping into it can increase your business.

The barriers to entry might not seem like much for people who grew up hunting, but it can be overwhelming for adult beginners. Even finding legal access to land can be confusing, plus seasons, restrictions, regions, techniques, animal habits, use of a firearm or bow, field dressing, and butchering. . . Add it up and hunting can seem like an impossible puzzle. In messaging, do your best to offer a complete package—from the range to the skinning shed—and remember that instruction is part of the experience.

Know their goals and timing: Most clients in this category aren’t seeking the biggest fish or the most inches of antler. Promoting cow or doe hunts and hunts as food-based experiences will help appeal to this demographic. Bring up external factors too, such as how wildlife management and game-law enforcement are funded largely through the sale of licenses and permits. This information can replace some of the marketing that would have otherwise been targeted toward trophy hunters.

Market the hunt as a complete package, and consider offering last-minute deals if you have the availability. Younger adults might not plan their hunts in advance, but knowing they’ll have a guided package could help them pull the proverbial trigger.

“We’re getting away from trips that are booked three years out,” said Minard. “We’re finding younger people who don’t want to plan that far ahead.”

Younger adults are often waiting for an opportunity to align their hunt with other events and might very well be looking for a last-minute cow or doe hunt to fill the freezer. Advertising well into the season is another way to gain access to this demographic that might be booking just a month or two prior to their target date.

New hunters are motivated to learn all of it: Many clients in this category are interested in the entire experience, start to finish. Part of a new hunter’s integration into the sport is a desire to be connected to every aspect of getting the animal from the field to the table, so let them in on it.

While a benefit of guided expeditions is having your guide take care of some aspects, new adult hunters might want to help with things like field dressing. It doesn’t mean the client doesn’t trust you, rather they want to learn from your expertise in words and deeds. 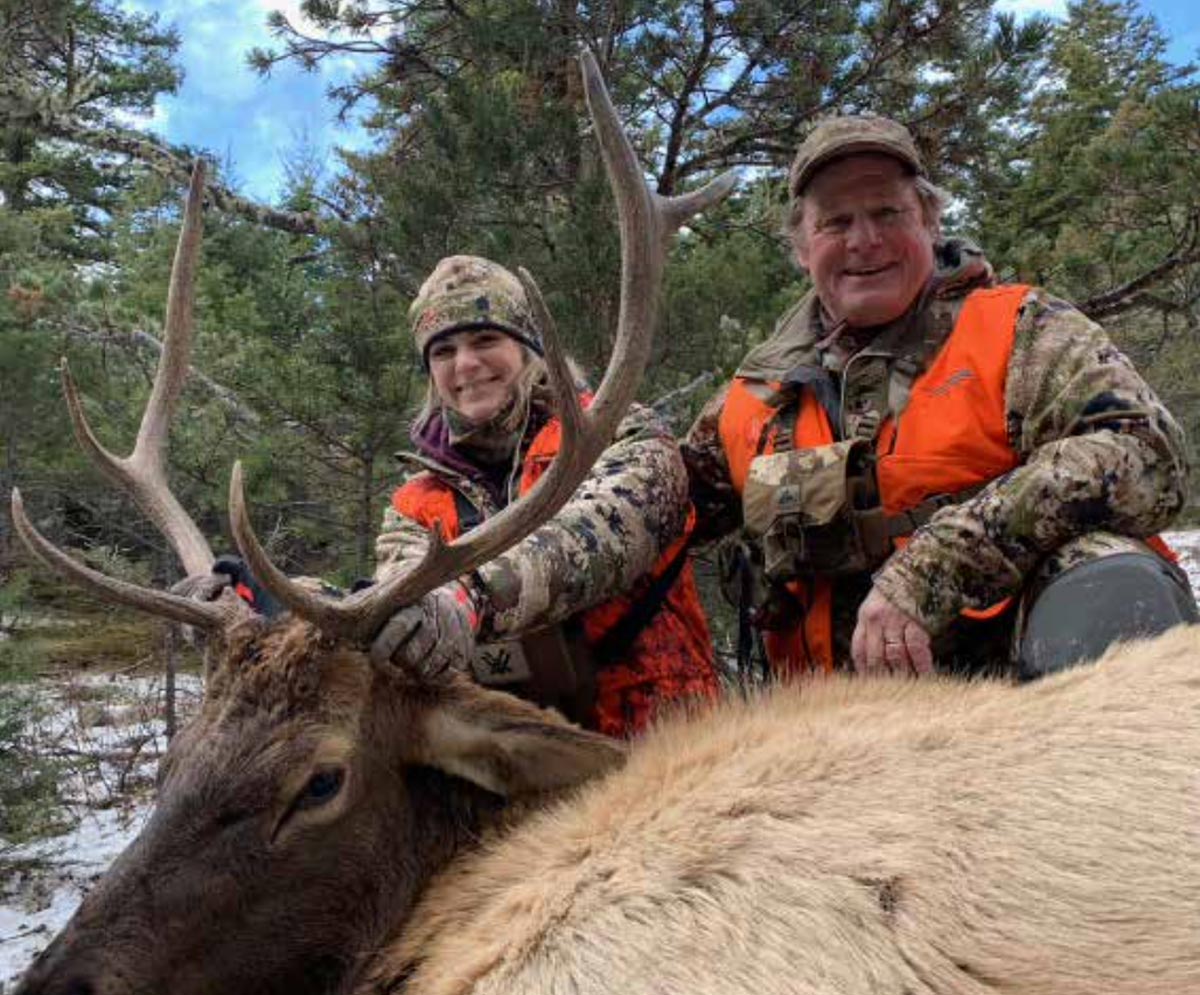 More than a genuine trophy, locavores want meat from an animal they have killed. Your job is to help them learn and to give them a positive experience.

How to Find These Clients
This demographic might be harder to reach through traditional marketing such as trade shows and consumer events, but many of them are already active outdoors. Aim digital advertising at demographics in outdoor-oriented towns that are adjacent to public land, and seek media outlets focused on locavore movements, organic food, and farming. If they identify with the movement but aren’t raising their own meat, hunting for it is a natural and the only next step.

Reaching a new market and demographic means seeking out people of color, women, and young adults who weren’t raised in traditional hunting families. This can be amplified by updating social media and using terms that help pull down the veil. Many people live in non-rural housing, which means they likely have zero access to private land and inherent misunderstandings of public lands as well as wildlife conservation and management. Explaining these connections will help targeted messaging hit home.

“Younger outfitters can behave differently, with more complex marketing strategies,” said Minard. “The concepts of going to shows and sitting in a booth are important, but you also need a comprehensive website, with engaging, attractive images that touch on all of the elements of a hunt.”

Tailor social media and update communications to reflect a relatable and non-intimidating experience. If you don’t already, offering introductory courses, women’s-only hunts, or outings targeted at first-time or beginning hunters will help the endeavor seem less intimidating. Offering a ready-made package that includes instruction and a hunt takes some of the guesswork out of the equation for hunters trying to put together a lot of information at once.

Grow Your Business—And The Team
To ensure you reach this market, make sure first-time experiences are positive. Break down the complexities of hunting. Elevate the field-to-table experience as a valuable part of the locavore movement and important to hunting’s future.

These young people are hunting’s future. Their numbers continue to expand while the traditional hunter demographic is shrinking. These new hunters will heavily influence all aspects of hunting in the future, from the ballot box to your inbox.

Get in while it’s hot.