19 Outfitters that offer Black-tailed Prairie Dog Hunting Trips, Guides and Oufitters found.We're here to help you plan your next hunting adventure. The best deer, elk, bear and other big game outfitters in Texas, Colorado and beyond are right here on Guidefitter.
Change
Refine search 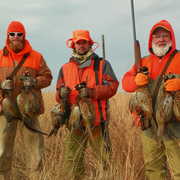 Pukwana • Prairie dog hunting in South Dakota is so much fun! With no seasonal restrictions and no daily limits, you can shoot until your gun overheats, switch weapons and keep right on going, all day long! Dakota Prairie Lodge & Resort partners with local farmers who are thrilled to have help thinning out the prairie dog population as these varmints ruin their fields with hundreds of holes and a network of underground tunnels. So bring your friends to share in the excitement. We provide lodging, all your food and drinks, adult beverages, field transportation, and all the amenities of our new, luxury lodge. Call today to reserve your place as our calendar does fill up quickly! 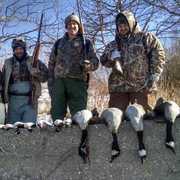 New York • Come and explore the thrill of the hunt and enjoy nature like you have never seen it before. Here at DC Outdoor Adventures, we have experienced and professional guides that provide the best action packed hunting and freshwater and saltwater fishing trips in the state of New York. 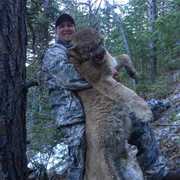 Wyoming • Beaver Trap Outfitters is located along the eastern slope of the Big Horn Mountains in Dayton, Wyoming. All hunting is done on surrounding private ranches, National Forest and BLM lands. We do not take large numbers of hunters each year which ensures a quality hunt for you. No more than 4-6 hunters in camp per week. Two hunters per guide but one on one hunts are available for an additional fee. While you are here you will receive 100% from myself and my staff in pursuit of your trophy. We will assist you with all applications and hunt preparation needs. 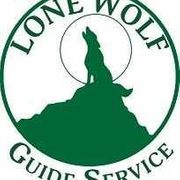 Montana • Gophers, Prairie Dogs and Varmint hunting is fast becoming the off season "thing to do" while passing the time waiting for the fall big game season to return. By itself or in preparation for an upcoming fall elk or spring turkey, varmint hunts allow the prospective hunter the ability to enjoy wildlife viewing, fantastic private land western wildlife habitat, and shooting opportunity in a totally relaxed non-competitive atmosphere. Hunting takes place on our private land hunting leases. 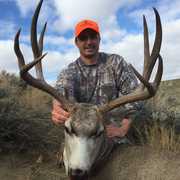 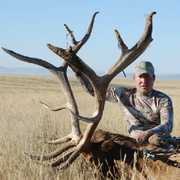 Wyoming • Turkey Track Outfitters has some of the best coyote and prairie dog hunts available. You will be hunting with seasoned professionals over electronic callers and thousands of acres to roam. We have access to multiple prairie dog towns for some bullet flinging excitement. This is a great opportunity to experience this magnificent scenery with a no license, no limit adventure. Meals and lodging are included. 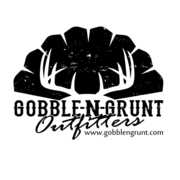 Nebraska • Coyotes in our area have long been overpopulated, creating an outstanding place to hunt. However, as in most areas in recent years we have had epidemics of mange so our numbers are down. They are still in very huntable numbers, just not like they were 5 years ago. However, the bright side of that coin is that the Bobcat population has really recovered. So the amount of action you get will be similar, just split up between the two species. You can still expect to have many more coyotes come in than bobcats. Coyote season is year round. Bobcat season is December-February only. It's true what they say about Prairie Dog shooting. If you've not done it, you really haven't lived. 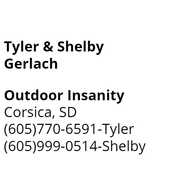 Pierre • I have been hunting prairie dogs since being a young kid. I have gained knowledge of many towns and am looking for those who want to do a weekend get away. I enjoy watching those that have never had this adventure, and also enjoy a seasoned hunter as well. 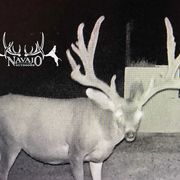 New Mexico • Come and experience the Wilds of the Navajo Nation, a truly unique and breath taking hunting adventure among some of the Natural Wonders and Historic and Monumental Sites of American Southwest from the Red Cliff Mountains, Sandstone Canyons, to the Southwest Desert and the Great San Juan River. 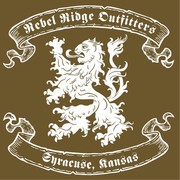 Kansas • Prairie dogs can be hunted year round with good success. As long as the sun is shining with relatively warm temperatures (anything above 60 degrees) there will usually be prairie dogs out feeding. We consider peak season to be April-June and Sept-Oct simply because this time frame offers the best chance of favorable weather and is when most people book. We can hunt doves in the morning and evening with prairie dog shooting during the day. It makes for a good deal of trigger time packed into one day. 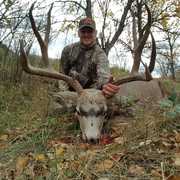 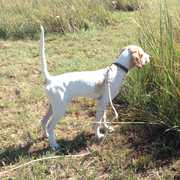 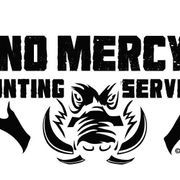 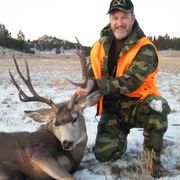 South Dakota • Coyote - Imagine, calling in a coyote from up to a mile out, watching him come in the whole way until he is within 50 yards or less, hair bristling, looking for dinner! It's the rush of a lifetime! While many hunters come upon coyotes incidentally during big game or even bird game hunts, there are those among us who thrive on targeting predators exclusively. For coyote hunting fanatics, predator seasons are all about the rush; more specifically "letting the air out of a wily coyote", prompting them to race into the prospect of an easy meal or perhaps a potential breeding partner. There are several ways to hunt coyotes, but the one most preferred is calling them in. South Dakota prairie dog hunting is legendary. I have heard reports stating that South Dakota has more prairie dogs than the rest of the country combined. To "Prairie Dog Hunter's", that means an awful lot of long range target shooting! The prairie dog towns have been going through a rapid expansion.