Use these methods and stay tick free while hunting

As a die-hard hunter talking to another hunter, if I tell you there’s something about stepping foot into the woods during the spring and summer months that makes me cringe, would you tell me I’m nuts? Well... lay it on me, because I CAN'T STAND TICKS! It could be because a few years back while filming in Maryland, my skin literally began to crawl with deer ticks while we were calling in a longbeard. Maybe it’s because I’ve had one too many of those little, brown, devilish creatures bite into my skin over the years. Knock on wood, I've never had Lyme, but it doesn't help that my dad and a lot of my friends have. In addition to Lyme disease, it seems like there is a lot of talk lately about the Powassan disease and how it is becoming more of a threat for some states along the east coast. This can be life threatening and should not be taken lightly. No matter how you look at it, it is probably safe to say that no one in his or her right mind likes the thought of ticks, but if you are as die-hard of a hunter as I, there’s really nothing that’s going to stop you from crawling through the tick infested leaves in the spring chasing turkeys, checking trail cams and hanging treestands during the summer months and putting your time in chasing whitetails in the fall. Although you are less likely to come in contact with ticks during the winter months, ticks are a problem all year long.

Ticks are worse than I have ever seen them in Pennsylvania, and with the mild winter we just had on the east coast, 2017 is shaping up to be a very bad year for these creatures. That said, I sure as heck am not going to let that prevent me from spending time in the woods when I enjoy it the most. I have spent a lot of time in the field over the past 15 years and have really paid attention as to what works and doesn’t work to help keep the ticks away. As hunters, we have to be extra cautious as to what types of repellents we use. Knowing how serious the Lyme disease epidemic is becoming, I want to pass along what I’ve learned over the years from trial and error to help fellow hunters stay tick free.

There are what seems like a million different types of tick repellents out there. I swear some are more of a tick attractant than repellent. Some work okay, but in the fall when you are trying to be scent free, the ones that work okay typically have an odor to them. If you are a scent control freak, that automatically rules those out, so you are back to square one finding out what in the world you can use that will work for you.

Tick Prevention Tips: How to Keep Ticks Off You While Hunting

If someone were to tell me I had one, and only one method to use for tick prevention, it would be rubber boots. In my younger years as I was learning to archery hunt, I wore regular hunting boots, and it never failed, I would pull one or two ticks off my clothes almost every time I was in the field or woods. As I became more in tune with scent control, it didn’t take me long to link rubber boots with less ticks. To this day, in a hunting situation, I will not step foot in the woods without a pair of rubber boots, regardless of the time of year. I’ve converted many tick-prone people into believers of this theory over the years. Rubber boots are probably my number one secret to preventing tick bites.

How to prevent ticks from getting on you in the first place? I’m not a big fan of repellent sprays. Nine times out of ten, they don’t work anyway, but I have come across one by which I swear. Coulstons Duranon tick repellent, better known today as Sawyer Permethrin insect repellant is scent free and in an aerosol can or spray bottle, so the application is easy.. You simply spray it on your clothes/boots, and although it says you won’t need to re-apply for six weeks, I would recommend re-applying every two-three weeks. This stuff works like a champ. I have had only one tick on my clothes in the past few years while I had this applied. That's pretty darn good considering the area I hunt in is one of the most Lyme disease stricken areas. This spray does contain deet, so make sure to read the directions, and do not apply it directly to your skin.

If you combine scent free detergent, rubber boots, and Coulston’s (Sawyers) tick repellent, you’ll be well on your way to hunting comfortably and staying tick free. Fortunately for many western states, ticks aren’t a big problem. For those of us who live on the east coast, ticks are here to stay, so all we can do is keep educating ourselves on how to prevent Lyme disease, and ticks in general.

I would love to know if this method does or doesn't work for you, so be sure to comment below and let me know. 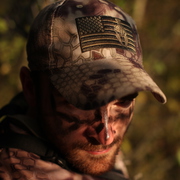