Guides: How to Work With Weak Shooters

You can't pull the trigger for them, but here's how to get them ramped up in camp

Originally published in the Fall 2019 issue of The Guidefitter Journal

A good outfitter can ask to look at a firearm and quickly assess it for loose mounts, foggy scope, rusty parts and other potential problems. In this photo, things are looking pretty good.
Photo by John Geiger

The elk started to file by. The guide pointed out a big six-by-six bull to the shooter who had won the coin toss for the first shot. A second big bull would be the target for the other hunter, who would shoot after the report of the first rifle.
The plan should’ve gone off without a hitch. But despite lying prone and having lots of time for the shot, the first hunter missed. Luckily, the elk stood still, not knowing where the shot had come from. The second hunter dropped his bull on the spot. The first hunter chambered another cartridge and shot again. Unfortunately, the elk was hit too far back for a killing shot. With dozens of animals milling together, there wasn’t an opportunity for another follow-up.
I remember that we hunters and guides spent the rest of the day trying to track the bull or find any sign of blood. With muddy conditions and the hooves of 60 elk pounding out a single trail, it was next to impossible to sort out the bull from the rest of the herd. The outfitter had the client back out the next morning, hoping the bull was back in the field with his cows. It wasn’t.

Looking back on things, the hunter had sighted in his rifle at camp. Everyone seemed confident the gun was on the mark. However, nobody knew the hunter might require some coaching when put in front of the trophy elk he’d been dreaming of.
Back at this Wyoming camp, the tension that the miss created was uncomfortable. Years of dreaming, saving money and building priority points crumbled with poor marksmanship. What could’ve been done to change the hunter’s success?

YOU CAN’T SHOOT FOR THEM

There are things to learn from outfitters who take shooting very seriously. Camps with high shooter success rates increase the odds by spending time on the range with clients. They watch how a person handles a firearm, how efficiently he can find the target, how he adjusts his scope.
It’s a good idea to have clients sight in rifles with the guide present. You can casually observe how he handles the gun, but also see how he operates under a little pressure. Some hunters cannot hit the center of the target when being watched by a crowd. If he can’t shoot a rifle accurately when unnerved by friends, how is he going to perform when facing the deer or elk of a lifetime? This is a sure sign you have a hunter who will need some coaching in the field.

If your client is sighting in at 100 yards at black dot made by a Sharpie on old beer case, don’t count on accuracy in the field. A good reactive target with 1-inch grid will let your spotter give the shooter feedback for the right adjustments.
Photo by Brad Fenson

Observation is critical to success. You might choose to have that nervous client return to the range later with you when he doesn’t have an audience. That’s a great opportunity to level up his skills.
One particular outfitter pulled a nervous client off the shooting bench to go and recheck the scope mounts away from the crowd. When everyone else was finished on the range, the outfitter took the client back to the sh

Any avid shooter knows you need a solid shooting bench to properly sight in a firearm. There is nothing worse than arriving for a hunt and having to shoot off the hood of a truck to shoot accurately. It’s best to remove as many variables as possible to isolate the functioning of the firearm and shooter. If you don’t have a permanent bench, there are several portable, affordable shooting tables on the market. A good rest will give you a better picture of what the client can and cannot do with his rifle.
Proper targets are also a must. Shooting at a dot drawn on a beer box with a Sharpie looks unprofessional and doesn’t allow a spotter to provide accurate feedback to adjust the scope. Targets need to have markings that show how many inches a bullet is hitting left and right, or up and down.

HOW TO COACH THEM UP

Watch what the client can do and identify his limitations. If a hunter can’t shoot a 3-inch group at 100 yards off a bench rest, it is unlikely they will hit anything at 200 yards off shooting sticks.
Your experience will likely notice see red flags right away, and you can walk him through a solution. Sometimes it’s very basic stuff. If you’ve been at enough camps, you’ve seen it all. A common mistake is the shooter jerking the trigger. It’ll change point of impact on the range and in the field. It’s also something you can coach a client through.

BEING REALISTIC WITH DISTANCES

An extremely good elk outfitter I hunted with last fall told all clients in camp that they could face a 400-yard shot for a bull. It may not sound bad, but for shooters who have never practiced beyond 100 yards, it usually spells disaster. So that outfitter recommended everyone shoot out to 400 yards. It wasn’t that the outfitter didn’t trust his clients to practice, but he did tell everyone to bring enough ammunition to shoot 100-, 200-, 300-, and 400-yard targets at the base camp. Some basic ballistic information was shared and scopes were tweaked to ensure accurately placed shots at all ranges. After that experience, everyone felt good about their shooting, and the guides had a handle on the competencies of their clients.
If things didn’t go well, guides would have lowered expectations of what the shooter could do, and that could salvage the hunt.

GUNSMITHING CAN SAVE THE DAY

Outfitters are expected to be problem solvers. We see it on a consistent basis. Someone forgets to bring boots or certain clothing, the outfitter is expected to pull a rabbit out of a hat. Firearms often show up requiring maintenance. It isn’t uncommon to see guns that have never seen a cleaning jag. A good, and subtle outfitter can ask to look at a firearm and quickly assess it for loose mounts, foggy scope, rusty parts and other potential problems.
You can’t predict everything that can go wrong, but having the basic gunsmithing tools in camp can save a trip to town or even a spoiled hunt. Cleaning kits, scope-mounting tools and level, and a bore sight can save everyone headaches when problems spring up.

HAVE OPTIONS TO LOAN FIREARMS

Most outfitters have rifles chambered in the right caliber to harvest game their clients pursue. Have one ready to loan to clients just in case. I’ve been to several camps where clients simply can’t get their firearms to shoot properly. Instead of being frustrated and heading out with equipment that is going to guarantee failure, an alternative firearm can will save the hunt. Although, if the client shoots it with confidence, you might have trouble getting it back at the end of the hunt.
Anyone that has been in the hunting outfitting business can attest that a misplaced shot is one of the worst scenarios a client and guide can face. Take some time to ensure shooters and firearms are ready for the task at hand. It will pay off compared to the rest of the legwork required to consistently create opportunity and make a client’s dreams come true. 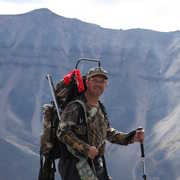 codyking Having an accurate and suppressed rifle on hand in an acceptable caliber is an extremely easy way to get clients shooting your rifle. I've talked a lot of hunters into shooting one of my rifles, everyone wants to know what it's like to shoot suppressed.
4 months ago

Brian Blumenthal Good arrival and learning point. The same rings true for me when teaching. It's great you can pole holes in paper but let's shoot on the move and under time. Totally changes the game for most people. Thanks for the tips!
2 months ago

invictus1218 Nice post. I'm new to this game and I've experienced that situation too until I decided to get a better gear. Good thing, my fellow hunting outfitters recommended https://huntmode.com. They got the best gear and I didn't regret buying my gears from them. Thanks again for posting.
2 months ago