How to Kill Call Shy Bulls

Hunting call shy bulls can be frustrating, but it's worth the effort 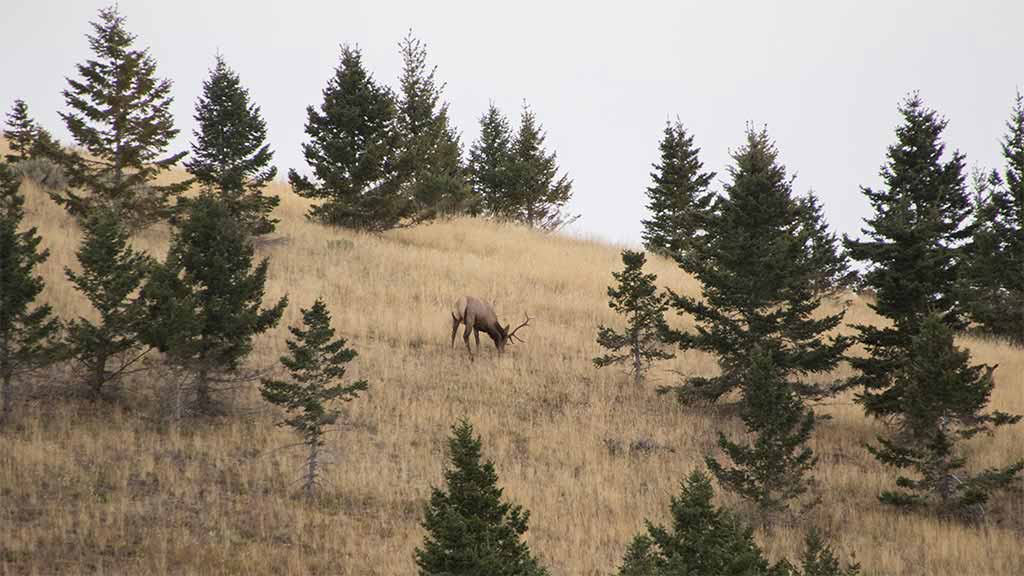 With more and more hunters hitting the elk woods each season, call shy bulls are becoming the rule rather than the exception. To learn more about this phenomenon and how to deal with it, I spoke with Cody Brinkerhoff of Ram Ridge Outfitters in Winnemuca, Nevada. Brinkerhoff has been guiding elk hunters for the past 13 years and has seen his share of call shy bulls. Use his expert advice to help take down a big boy that’s heard and seen it all this fall.

According to Brinkerhoff, “Overcalling is the main thing. People go out there and they think they’ve got to call a lot. Really, the best thing to do is to get within range of a call and just call real lightly.” Brinkerhoff went on to say that unlike calling ducks, you don’t need to call regularly to lure in call shy bulls. In fact, overcalling to a bull that’s heard it all can create suspicion and send him in the other direction.

How Often Should You Call?

Brinkerhoff said, “I’ll call once, sit there and listen and maybe five or ten minutes later, I’ll call a couple more times. Usually, that’s enough for the bull to locate you and come in. I’ll bugle once just to locate [a bull], then I’ll hike in and I’ll blow a cow call once to get him somewhat interested.” After his initial cow call, Brinkerhoff moves forward on an angle, keeping about the same distance from the bull. At this point he may cow call three or four more times and “that’s about it.” Brinkerhoff said, “I’ve had bulls come into me where I’ve blown calls twice. That was it and they work their way into you, within 18 yards.”

Another advantage of limited calling is that the approaching bull will be searching for “the cow” that he heard. Brinkerhoff said, “They’ve already got the line that they’re going to walk and, if you stop calling, they walk past you within 30-40 yards.”

What Defines a Call Shy Bull?

Brinkerhoff said, “Usually he’ll bugle once, then he’s silent. You get some bulls that haven’t been called and they’ll be screaming all the way in to you. A call shy bull will come in and see what’s going on, whether it’s a cow or a human. You’ve got to be real patient and watch for him to come in because he’ll come in without you even knowing. He won’t come in hard. He’ll come in really slow and cautious.”

Aside from their slow and cautious approach to calls, Brinkerhoff noted that call shy bulls often circle downwind and use their noses to help determine the source of the call. Hunters should be mindful of this and keep an eye out in that direction. Brinkerhoff also recommends the use of scent control clothing and cover scents to give hunters an advantage over call shy bulls. If legal, he recommends applying cow in estrus scent to your boots so if a bull gets downwind he’ll smell that rather than stinky human scent.

Consider the Spot and Stalk Option

When hunting call shy bulls, Brinkerhoff said, “Usually, I’ll almost skip the calling and spot and stalk. Bed them down and then move in. Then, maybe call. Usually, if you can get within 100 yards of them, then close the gap once they get up and start feeding around. The main thing is not to over call.”

Brinkerhoff also sees more success if he patterns the bull or bulls he’s chasing prior to hunting them. He said, “I’ll try to cut them off and only call once or twice when I’m in there. Once the herd is established they’ll follow the same line to their bedding ground. They’ll have a pretty good trail by that time.”

Whether you decide to spot and stalk, pattern and ambush, or call sparingly to call shy bulls, Brinkerhoff emphasized the importance of patience. Getting in too big of a hurry could cost you a bull that you might have otherwise tagged.

To book a hunt with Ram Ridge Outfitters contact them at www.guidefitter.com/ramridgeoutfittersllc

Ram Ridge Outfitters LLC
Winnemucca, Nevada
Related Articles
The Wind: Makes or Breaks a Hunt Every Time
Elk Wallows 101
Is a Drop Camp Right for You?
All Articles